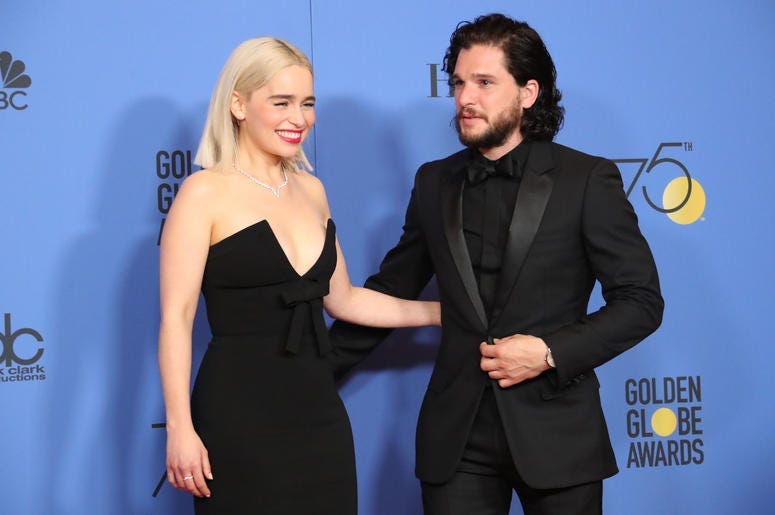 "Game of Thrones" actress, Emilia Clarke, opens up about her experience in having two anueurysms between tapings of the hit show.

The 32-year-old actress explains these life-threatening events, the first when she was 24 and just wrapped up filming season one of "Game of Thrones".

"I immediately felt as though an elastic band were squeezing my brain. I tried to ignore the pain and push through it, but I just couldn't," she explained. She was sent to the hospital to get an MRI.

"The diagnosis was quick and omnious: a subarachnoid hemorrhage (SAH), a life-threatening type of stroke, caused by bleeding into the space surrounding the brain," she says. "I'd had an aneurysm, an arterial rupture. As I later learned, about a third of SAH patients die immediately or soon thereafter."

The actress then underwent brain surgery at a neurological hospital.

After surgery, it took her a week for her speech to return after suffering from aphasia, a language impairment that happens following a stroke.

When she filmed GoT, the doctors say she had a small growth on the other side of her brain. Clarke felt weak and exhausted, but she pushed through filming as planned.

She finished up season three of GoT and took a gig on Broadway. Though, while in New York, brain scan revealed that the growth had "doubled in size" and had to get surgery.

The surgery failed and doctors had to operate through the skull.

"In my years since my second surgery, I have healed beyond my most unreasonable hops. I am now 100 percent," she says. "There is something gratifying, and beyond lucky, about coming to the end of 'Thrones'. I'm so happy to be here to see the end of this story and the beginning of whatever comes next."