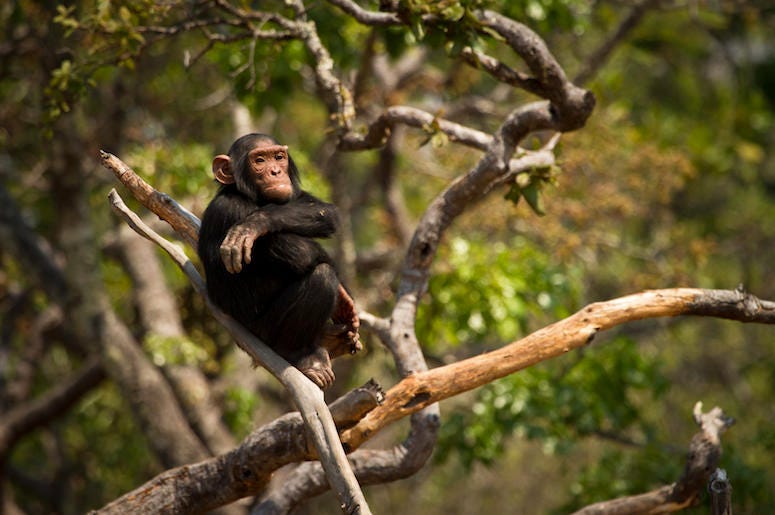 A group of chimpanzees at the Belfast Zoo in Belfast, Northern Ireland made a daring escape from their enclosure, using a fallen tree branch and a little bit of ingenuity.

Using the branch like a ladder, one by one the chimps were able to climb up the high walls of the enclosure.

While most of the chimps were content sitting on the enclosure walls, at least one decided to wander out in the zoo’s public area.

The escaped chimp returned to the enclosure shortly thereafter.  Zookeeper Alyn Cairns told the BBC, “They’re intelligent primates and know they’re not supposed to be out of their enclosure, so got back in themselves.

This is the second animal escape at the Belfast Zoo in as many months.  Last month, a red panda escaped from its enclosure, and was found in a garden less than a mile away.  Zookeepers argued that the enclosure was recently weakened by a storm, which allowed the chimps to escape.