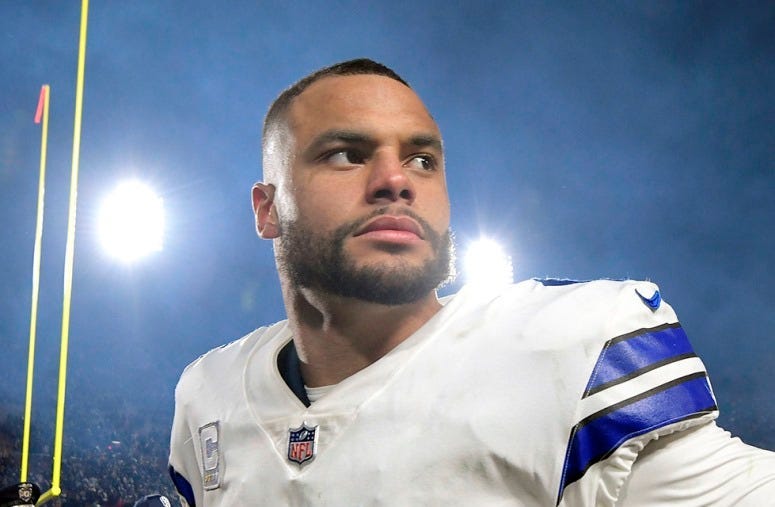 February 26, 2019 02/26/2019 4:01 pm
105.3 The Fan reports Dallas Cowboy's Dak Prescott's two dogs escaped from his home yesterday/Monday morning. Frisco Police report the dogs went to a nearby yard at Princess Caroline Court and Hilton Head Lane where one of Prescott's dogs got into a fight with another dog through a fence.

Authorities say when a resident tried to separate the dogs around 11 a.m., they were bitten by one of Prescott's dogs and taken to a hospital with what were considered non-life-threatening injuries.

Upon capturing both loose dogs, police learned they are owned by Dallas Cowboy's quarterback Dak Prescott, who wasn't at home at the time of the incident.

The dog that bit the resident was taken by Frisco Animal Services to the Collin County Animal Shelter for a 10-day quarantine. The second dog was returned to Prescott.

Frisco Police told 105.3 The Fan a loose dog offense is a Class C misdemeanor that could be levied a fine up to $500.