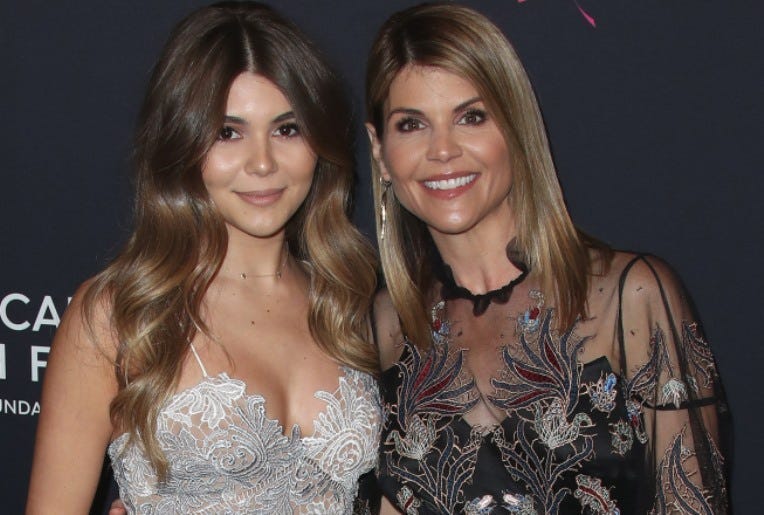 March 14, 2019 03/14/2019 4:20 am
TMZ reports 19-year-old Olivia Jade, Fuller House co-star Lori Loughlin's daughter, whom Loughlin allegedly helped get into USC with the large college bribery scandal, was on spring break with her girlfriends when Loughlin surrendered to the FBI.

One of Olivia's friends in the group is Gianna Caruso, a long-time friend of hers and daughter of billionaire and USC Board of Trustees Chairman Rick Caruso. Olivia and the girls were aboard Rick's yacht in the Bahamas.

Rick Caruso told TMZ, "My daughter and a group of students left for spring break prior to the government's announcement yesterday. Once we became aware of the investigation, the young woman decided it would be in her best interests to return home."

Caruso spoke out Tuesday saying, "The charges filed today against employees of USC are disturbing and the alleged activity is absolutely wrong. I am saddened that these people would abuse their positions of trust and, as the government has alleged, victimize USC in the process. There is no option other than zero tolerance for this type of behavior. As a result, USC has fired the alleged wrongdoers."

Olivia's USC future rests in the hands of USC's President,