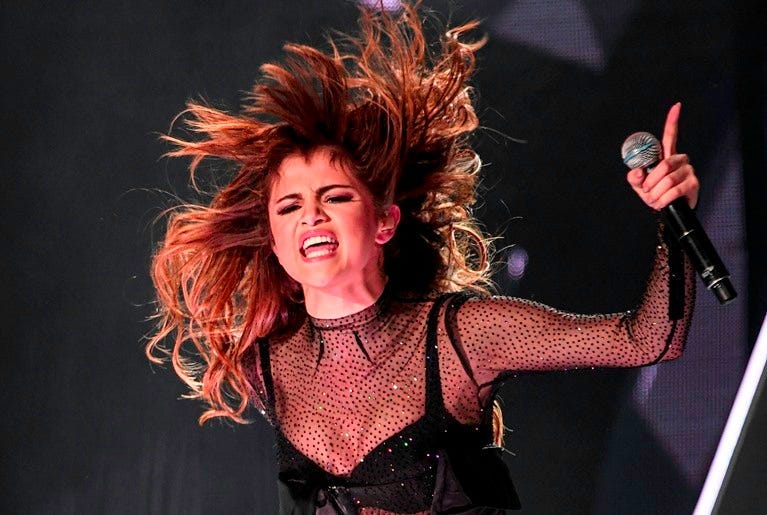 February 27, 2019 02/27/2019 4:49 pm
In the past 3 year, Selena Gomez released her Oct. 2015 album Revival, which debuted at #1 on the Billboard Top 200 and brought forth the hit singles "Good For You", "Same Old Love" and 'Hands To Myself." Plus, Selena recorded with others, including Cardi B, Charlie Puth, Marshmellow, DJ Snakes, and released her 2017 singles "Bad Liar" and "Festish." Also in 2017, Selena underwent a kidney transplant, which was related to her having lupus.

Last year, Selena was hospitalized twice for a low white blood cell count, and her second visit triggered a panic attack which lead to her receiving mental health care at an east coast psychiatric facility.

Now, it seems Selena is doing what she was born to do... music!

TMZ reports last night, Selena was spotted leaving an L.A. recording studio. No official word yet on what she was working on, which is often the norm when keeping a project a secret, especially with so much competition. Taking into consideration it's been 3 years since her last album, hopefully it's her own new music, which she needs to help keep her career moving forward.

Best wishes to Selena on continuing to improve her overall health and her current musical endeavors.