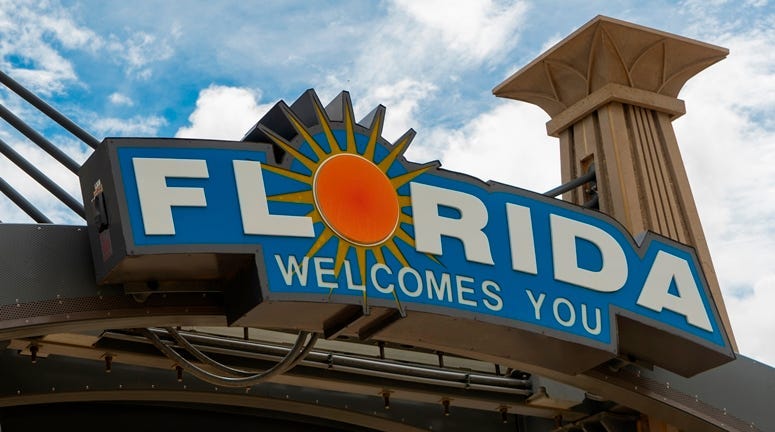 Having worked in Tampa, West Palm Beach and Sarasota, I know all-too-well what authorities, landlords, retail, etc. deal with during "snow bird" season, which is when those who live there during the winter and many tourists visit, typically late fall through Mother's Day. So, this incident... is normal. LOL!

According to TC Palm, on Sunday Feb. 3, Martin County Sheriff's deputies found 73-year-old Joanne Carr of Massachusettes crashed and inside her car in area of Jupiter (north of West Palm Beach). Investigators say it looked like she had drove over recently planted trees, crashed into a fence, and ran over another one.

Carr couldn't figure out how to unlock her doors or roll the window down.

When deputies asked Carr what happened, she replied, "What do you think, pig?"

Carr told officers she'd been drinking vodka since 8 a.m. and they noted an open container of Smirnoff on her front seat. Deputies said she smelled of alcohol, mumbled, and was "thick tongued."

When the Martin County Deputies said they were going to do a DUI investigation, Carr said, "The hell you are" and declined to take a field sobriety test.

This is when the Smirnoff-laden verbal tirades began... "You’re not taking me anywhere but home you (expletive) pig, I mean cow. Moooooo.”

Yes, it went even more downhill from there... lol!

Wonder if they brought her pork or beef for a meal? LOL!

"Florida: The Second Chance State"... make a mistake, move to Florida, and they'll likely give you a second chance. Visit there, and you may also receive one, but without Smirnoff.