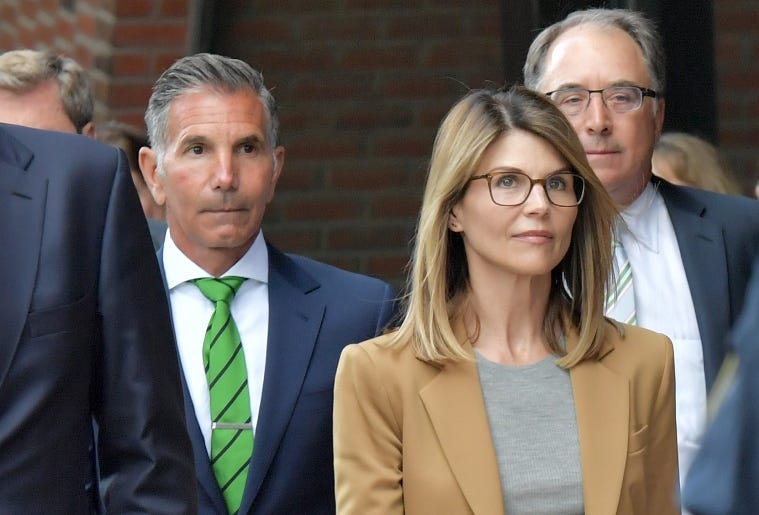 April 9, 2019 04/09/2019 12:42 pm
TMZ reports so far out of the 49 people charged with involvement in the college bribery scheme, Desperate Housewives co-star Felicity Huffman and 12 other parents copped a plea yesterday. Huffman will be going to jail, but could be out in as little as 4 months.

The remaining 37 who have been charged, including Lori Loughlin and her husband Mossimo Giannulli, have also been offered deals, which vary depending on the amount they paid in bribes and whether or not they accept responsibility for their actions.

Due to Loughlin and Giannulli paying $500k to allegedly bribe a crew coach into getting their daughter into USC, their minimum jail sentence would be 2 - 2.5 years.

TMZ reports their sources saying prosecutors have told all the defendants to reach a plea deal ASAP or additional charges including money laundering will be added and their cases will move to a Federal Grand Jury. As a result, prison sentences would be longer.
This afternoon, TMZ updated the story with news of Loughlin and Mossimo not accepting a plea bargain, and now facing an additional charge of money laundering, and between 4.5 - 6 years of prison.