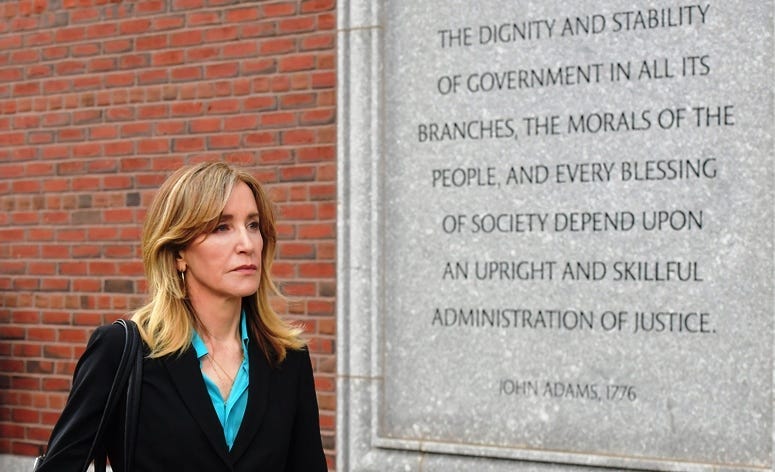 Huffman was arrested 2 months ago for her involvement in the "Operation Varsity Blues" case, in which wealthy parents are being accused of paying bribes to insure their children entrance into prestigious American universities.

Huffman isn't the only parent who agreed to plead guilty. Thirteen others are doing the same.

Los Angeles businessman Devin Sloane is also expected to plead guilty today. Authorities say he paid $250k to make sure his son was admitted to USC as a phony water polo recruit. Officials say Sloan even went as far as to purchase water polo equipment on-line and utlilize a graphic designer to create a fake photo of his son playing the sport to further his application to the college.