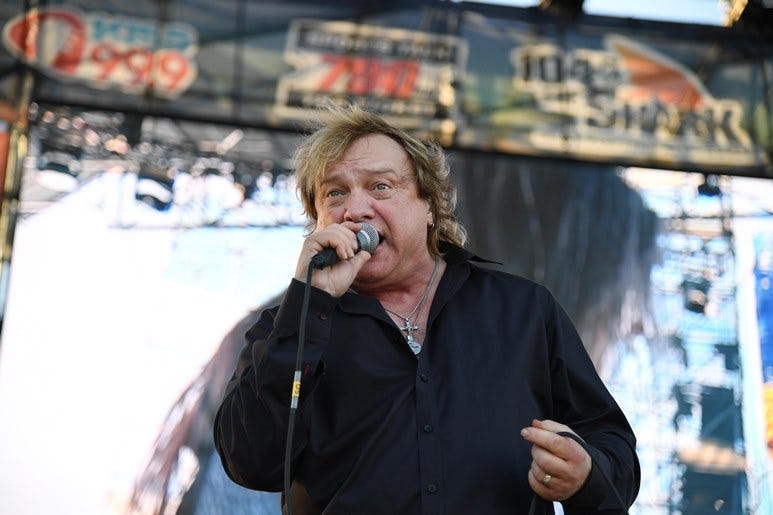 Foreigner's Lou Gramm recently visited a radio station in his hometown of Rochester NY to make it clear that's he's semi-retiring, versus completely leaving the biz, and has some exciting plans.

Lou said after doing whe he does for 45 years, he wants to spend more time at home with his wife Robyn and their daughter Luciana, who's just over 1-year-old.

When it comes to performing and recording, Lou has some surprises ahead!

Gramm said he will still occasionally do shows with Foreigner, perhaps Asia, and special guest appearances with orchestras and bands that play Foreigner's music, which he has done in Europe.

Lou told WXXI, "I have a few little tidbits that I'm working on, massaging them into a song. But I'll tell you what I am doing. Back in the days when I did my solo albums, I put 10 songs on the album. There were probably 13 songs, and the other three weren't finished. And so those songs would be not put on the album. So there's about another album's worth of songs that were never finished. And what I'm doing is finishing them three at a time and putting them where they can be downloaded."

Best wishes to Lou, his family, and on his future music endeavors.