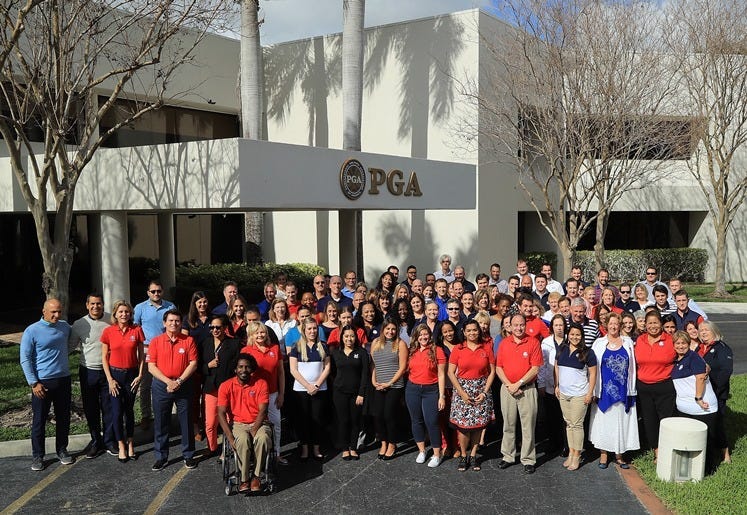 Between 2005 and 2007, I was living in West Palm Beach FL, and often drove past the PGA U.S. headquarters in the Palm Gardens suburb. If you're a lover of all-things-golf related, then you'll love that the PGA (Professional Golfers Association) is in the process of preparing to moving it's national headquarters to a new 600-acre development just west of the Dallas North Tollway and south U.S. 380 on the northern end of Frisco.

NBC 5 reports today, the PGA will host the special event, "PGA Frisco: A Closer Look at The PGA of America's Future in Frisco."

This event will include guest speakers from the PGA of America leadership plus architects of the (2) planned championship-level golf courses at the future facility.

The new home of PGA America will host 15 pro tournaments in it's first 12 years, including the 2027 PGA Championship, the Masters, the British Open and the U.S. Open.

A 500-room Omni Luxury resort and conference center will be included. Plus, a retail village with open-all-year shops, restaurants, and live music venues.

Frisco Mayor Jeff Cheney told NBC 5, "It’s a big deal for people that don’t even love golf, just because of what it is going to bring." Cheney added, “It’s going to bring Frisco to a national stage, very much like the Dallas Cowboys did with The Star. Now the PGA of America is going to make Frisco a household name; not just across the country, but across the world.”

Expect Frisco to become extremely busy during major tournaments, creating a good influx of tourist dollars to the local economy.

No word yet if any PGA Palm Gardens employees will be offered a transfer to the new Frisco headquarters.

So, if you're in the market to buy a house in a area where values will most certainly increase quickly, Frisco should be in your sights. If you think property taxes in that area are up too much, wait until you see the increase that will come in 3 years... which is when the new PGA of America is set to open.