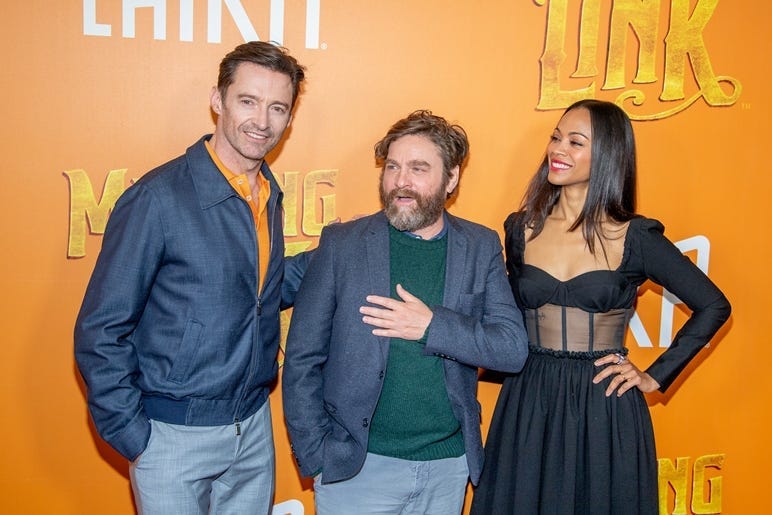 April 12, 2019 04/12/2019 2:15 pm
Hellboy - Rated R
Hellboy is back, and he's on fire. From the pages of Mike Mignola's seminal work, this action packed story sees the legendary half-demon superhero (David Harbour, Stranger Things) called to the English countryside to battle a trio of rampaging giants. There he discovers The Blood Queen, "Nimue" (Milla Jovovich, Resident Evil series), a resurrected ancient sorceress thirsting to avenge a past betrayal. Suddenly caught in a clash between the supernatural and the human, Hellboy is now hell-bent on stopping Nimue without triggering the end of the world.

Critics: "Bereft of the imaginative flair that made earlier Hellboys so enjoyable, this soulless reboot suggests Dante may have left a tenth circle out of his Inferno. 11% Like", according to Rottentomatoes.com.
Blake: my most trusted sources say Hellboy will make many say, "What the hell? Boy! My money just went down the proverbial toilet." 1 of 5 stars
Little - Rated PG-13
Marsai Martin (TV's Black-ish) stars in and executive produces Universal Pictures' Little, a comedy from producer Will Packer (Girls Trip, Ride Along and Think Like a Man series) based on an idea the young actress pitched. Directed by Tina Gordon (Peeples), the film tells the story of a woman who-when the pressures of adulthood become too much to bear-gets the chance to relive the carefree life of her younger self.
Critics: per Rottentomatoes.com, "A disappointingly uneven but overall agreeable spin on a familiar formula, Littlebenefits from a big heart -- and a story that makes good use of its talented, well-matched cast. 52% Like"
Blake: this movie is simply a run-of-the-mill, predictable, opposite sex side of Tom Hank's movie Big, and doesn't shine in a big way, with a cast that is worthy of some quality sheen. Little will make a small splash at the box office and hopefully it's talented ensemble will make bigger ones in the future.
Missing Link - Rated PG
This April, meet Mr. Link (Zach Galifianakis): 8 feet tall, 630 lbs, and covered in fur, but don't let his appearance fool you... he is funny, sweet, and adorably literal, making him the world's most lovable legend at the heart of Missing Link, the globe-trotting family adventure from LAIKA. Tired of living a solitary life in the Pacific Northwest, Mr. Link recruits fearless explorer Sir Lionel Frost (Hugh Jackman) to guide him on a journey to find his long-lost relatives in the fabled valley of Shangri-La. Along with adventurer Adelina Fortnight (Zoe Saldana), our fearless trio of explorers encounter more than their fair share of peril as they travel to the far reaches of the world to help their new friend. Through it all, the three learn that sometimes you can find a family in the places you least expect.
Critics: according to Rottentomatoes.com, "Another beautifully animated triumph for Laika, Missing Link is a visual treat with lots of humor, plenty of heart, and even a little food for thought."
Blake:  those in-the-know tell me Missing Link isn't as cerebral as you may want, however it is a visually compelling all-ages-friendly, sweet bit of whimsy, 3.5 of 5 stars

Enjoy a NEW movie this weekend and thanks for listening to 98.7KLUV - "Nobody Plays More '80s'.Missing