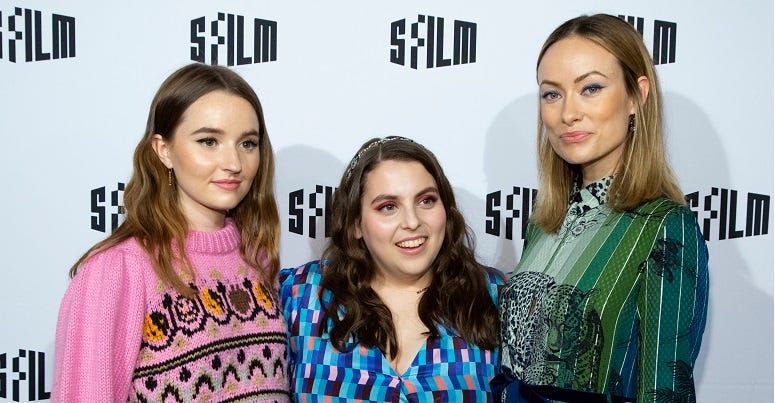 A street rat frees a genie from a lamp, granting all of his wishes and transforming himself into a charming prince in order to marry a beautiful princess. But soon, an evil sorcerer becomes hell-bent on securing the lamp for his own sinister purposes.

Critics: according to a general consenus from Rottentomatoes.com, "Aladdin retells its classic source material's story with sufficient spectacle and skill, even if it never approaches the dazzling splendor of the animated original. 59% LIKE."
Blake: truly trusted sources tell me Aladdin ... lacks the Disney magic necessary for this remake to be... necessary. Good intentions, however average results. It cost approx. $183mil to make, which means it will need to earn double that to be profitable. Good luck!  2.5 of 5 stars.
"Brightburn" - Rated R

What if a child from another world crash-landed on Earth, but instead of becoming a hero to mankind, he proved to be something far more sinister?

Critics: "Although Brightburn doesn't fully deliver on the pitch-black promise of its setup, it's still enough to offer a diverting subversion of the superhero genre. 63% Like", per Rottentomatoes.com.

Blake: the premise of an alien child intent on destroying the world could lead to a very interesting and creative story... too bad this movie doesn't. 2.5 of 5 stars

The story follows Dever and Feldstein's characters, two academic superstars and best friends who, on the eve of their high school graduation, suddenly realize that they should have worked less and played more. Determined never to fall short of their peers, the girls set out on a mission to cram four years of fun into one night.

Critics: per Rottentomatoes.com, "Fast-paced, funny, and fresh, Booksmart does the seemingly impossible by adding a smart new spin to the coming-of-age comedy. 99% LIKE!"
Blake: every era deserves it's own high school years movie. The '80s gave teens Fast Times At Ridgemont High. The 2010's is coming to a close, and director Olivia Wilde's Booksmart may very well be the best of this genre of this decade. Plenty of laughs and at just 1 hour and 45 mins, you may want to experience the laughs again. 5 of 5 stars!

Thanks for listening to 98.7KLUV- "Nobody Plays More '80s" and enjoy a new movie this Memorial Day Weekend.