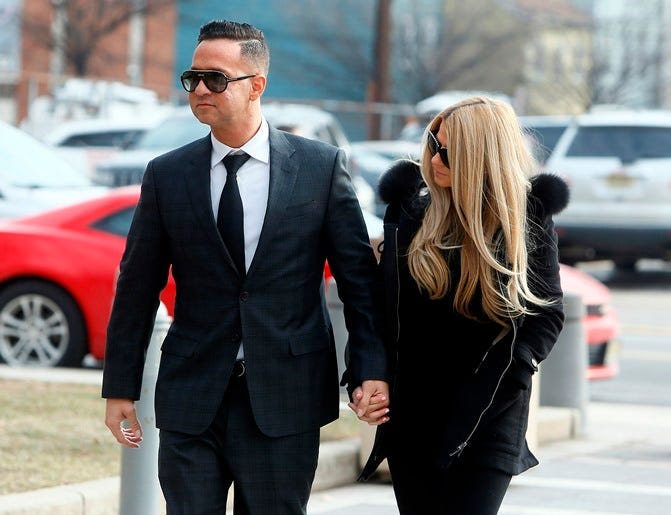 Due to Mike's sentence, he moved his marriage up with girlfriend Lauren Pesce, which was held in November.

Mike spent the holiday season with family, friends, and had some Facebook fun.

Now, Sorrentino's attorney Kristen Santillo tells TMZ that Mike will turn himself in today to the Federal Correctional Institution in Otisville, NY, a medium security U.S. federal prison for men, and looks forward to staying in contact with family, friends and fans.

For family , friends & fans
Mailing Address for letters only:

Yes, that's "The Situation", which I predict will be re-lived via a new reality TV show, once he's out.

Best wishes to Mike, and his brother Marc.