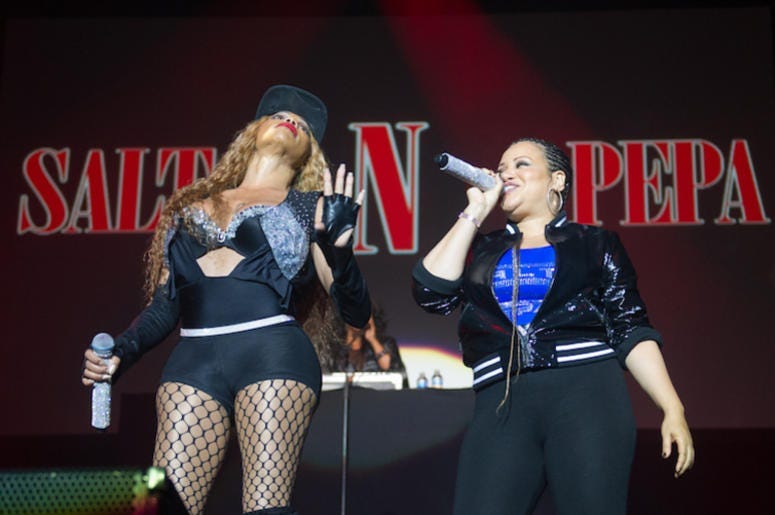 Lifetime has announced their plans for a miniseries based on the lives of the hip hop pioneers, Cheryl “Salt” James and Sandra “Pepa” Denton.  The series will focus on their times as nursing students, to their first recordings together as part of a friend's school project, all their way to international stardom.

Both James and Denton will serve as executive producers on the series, and have granted Lifetime access to their lirbary of music, so expect their hits “Let’s Talk About Sex,” “Whatta Man,” “Shoop,” and “Push It" to appear in the show.

Lifetime has yet to announce any casting decisions or when the show will premiere.