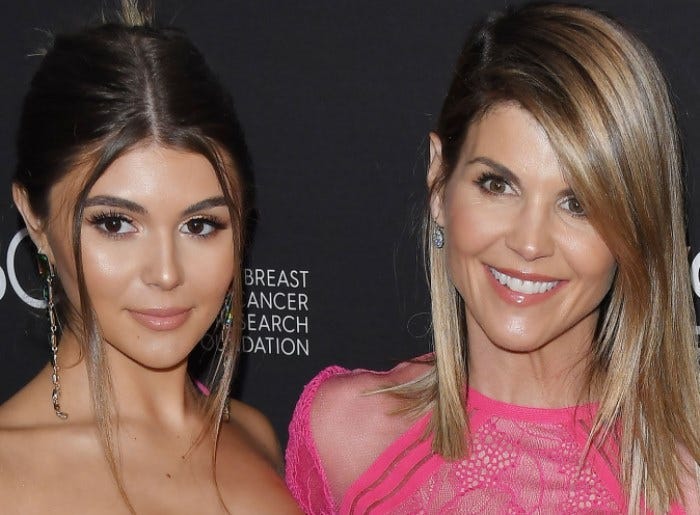 March 15, 2019 03/15/2019 2:20 pm
In wake of her connection to the massive college bribery scandal with the University of Southern California, a TMZ source says Lori Loughlin was a guest-star in the previous 4 seasons of Fuller House, and there aren't any plans for her to be part of the 5th season.
Loughlin stars in the Hallmark Channel program When Calls The Heart, which is in it's 6th season. TMZ reports Hallmark has said, "The series will not air on Sunday, March 17. We are evaluating all creative options related to When Calls the Heart series." The Hallmark Channel's parent company Crown Media released a statement, saying it has terminated it's relationship with Lori and is "saddened" by the allegations.
In addition, Loughlin's daughter Olivia Jade, a student at USC, has lost her endorsement deal with Tresemme. The company stated, "We take this very seriously and are no longer working with Olivia." Cosmetics chain Sephora, which produced the Oliva Jade x Sephora palette, has done the same and told TMZ, "After careful review of recent developments, we have made the decision to end the Sephora Collection partnership with Olivia Jade, effective immediately."