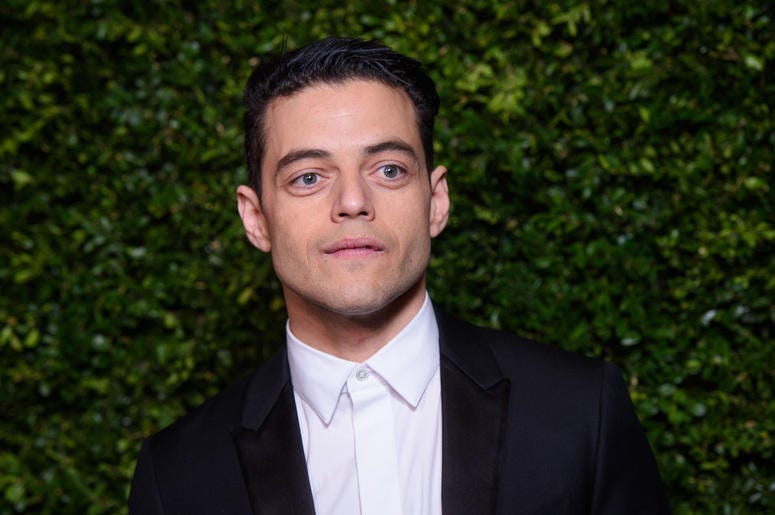 Ever since playing the role of Freddie Mercury in the Queen biopic, ‘Bohemian Rhapsody,’ everything has been going right for Rami Malek. Minus one awkward moment with Nicole Kidman, Malek can do no wrong. Malek, nominated for best actor, has done countless interviews since the movie came out. One of the stories he told was of his meeting with the legendary, Paul McCartney. Though he took a memorable picture with the icon, Malek said he never got his hands on the photo. Well now, with the help of Paul’s daughter, Mary, they photo has been found, and it’s epic!

Rami Malek told the story of his backstage photo with Paul McCartney while on Jimmy Kimmel Live last month. It was quite a night for the actor, as he watched Paul McCartney play live, joined for an encore by Beatles bandmate Ringo Starr, along with Rolling Stones guitarist, Ronnie Wood. Not to mention his seatmate at the show just happened to be The Who’s front man, Roger Daltrey. “It was bananas,” said Malek on the show. “Then I got to go backstage like I was the actual Freddie Mercury.”

Backstage is where the photo between the two would take place. According to Rami Malek, “Then Paul said to me, ‘I’m going to do my best Beatles pose, you do your best Freddie Mercury pose and let’s take a photo,’ and my arm shot straight up in the air.” Malek wasn’t sure who took the photo, or what happened to it after, but he pleaded with fans to help him find it. Lucky for Malek, McCartney’s daughter Mary wanted to find the photo as well. On Saturday the actor shared the image on his twitter account, excited to have finally unearthed the gem.

In his tweet, Malek wrote, “’You do your Freddie, I’ll do my Beatle.’ I will treasure this @PaulMcCartney. Thank you @maryamccartney.” Fans were just as excited to finally get a glimpse of this meeting between the two, as Malek was. One fan wrote on twitter, “Rami Malek, Paul McCartney, you made everybody's life better with that photo, we love you!”

This is such a great picture 😃

Rami Malek is happy to now have the picture to coincide with the incredible memory of getting to meet the legendary Paul McCartney. Now Malek waits in anticipation for the Oscars, where he is nominated for Best Actor for his portrayal of Freddie Mercury. Win or lose, getting to meet a Beatle is quite a decent consolation prize.