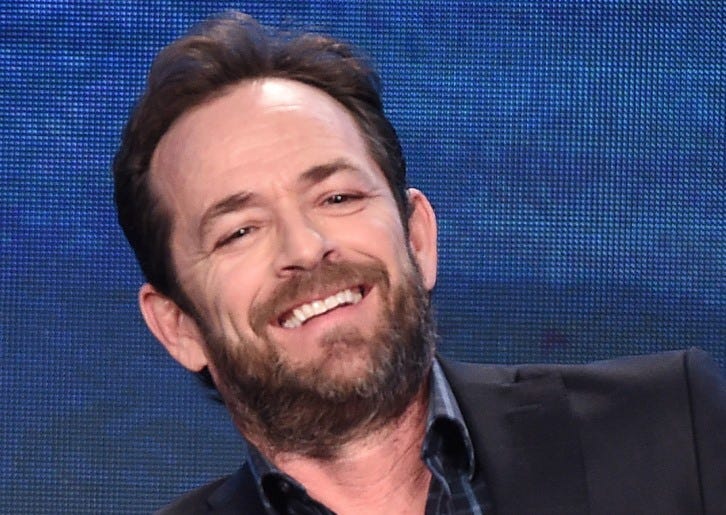 After Luke's passing from a stroke, his body was taken to a funeral home in Dickson, TN.

TMZ has learned Luke Perry was cremated and his ashes were dispersed on the place he loved the most, his 380 acre farm.
In 1995 while working on Beverly Hills 90210. Luke had just finished filming the rodeo-based movie 8 Seconds, in which he portrayed a young rodeo champ. That role helped Luke become interested in raising cattle, which prompted him to purchase the farm, located in Vanleer TN, a little over 13 miles from Dickson. Perry had lived there off-and-on for the past 20 years.
TMZ has also learned a private memorial for Luke with family and friends is being planned and will take place in a few weeks.

Yes, you can take the boy out of the country, but you cannot take the country out of the boy. My dad knew this very well, which is why my brother and I buried him in the same small country cemetery where his mom, dad, brothers, a sister, plus many other relatives are interred.

Many people loved and admired Luke Perry. Judging by the outpouring of emotions his passing has brought forth, he still is, and will be, for a long time to come.