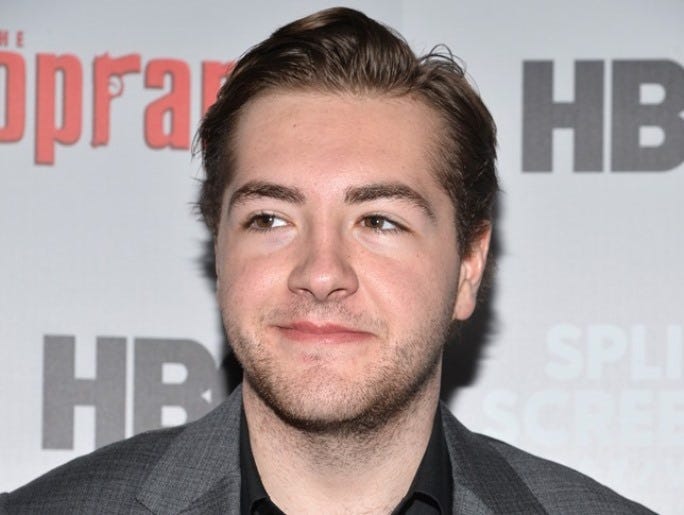 January 23, 2019 01/23/2019 3:54 pm
During the Holiday Season, I binged-watched HBO's multi-Emmy, SAG and Golden Globe award winning series The Sopranos (my second time), and now I've learned my timing couldn't have been better.
Deadline reports The Sopranos creator David Chase has chosen Michael Gandolfini (son of the late James Gandolfini) to play a young 'Tony Soprano' in the movie The Many Saints Of Newark, a prequel to The Sopranos.
Michael has been paying his acting dues, including working on HBO's drama series, The Deuce. Insiders to Deadline say after substantial auditioning, Michael, who looks very much like his father and has his body language down, was chosen.
Michael Ganfolfini joins a very talented cast including Jon Bernthal (The Punisher, The Walking Dead), Alessandro Nivola/'Dickie Moltisanti' (American Hustle), Vera Farmiga (Godzilla: King Of The Monsters, The Nun, The Conjuring - 1 & 2), Billy Magnussen (Game Night, The Big Short) and Corey Stoll (Ant Man, House Of Cards,The Strain).
The storyline for The Many Saints Of Newark is set during the time of the 1960's Newark riots when tensions between Italians and African-Americans were boiling.
Michael Gandolfini told Deadline, “It’s a profound honor to continue my dad’s legacy while stepping into the shoes of a young Tony Soprano." Michael also noted, “I’m thrilled that I’m going to have the opportunity to work with David Chase and the incredible company of talent he has assembled for The Many Saints of Newark.”
Learn more about the storyline, HERE.