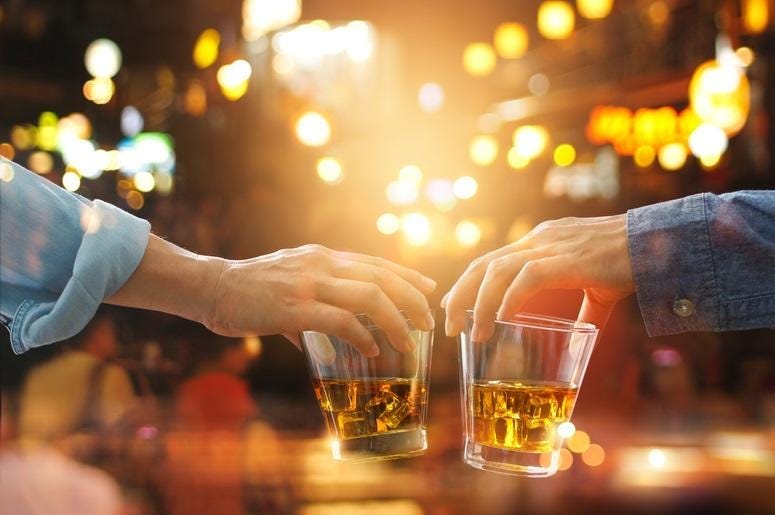 Pabst Blue Ribbon is reportedly ready to make a change. Don’t worry; nothing will be happening to the beloved PBR beer. Instead the iconic American brew will be debuting a new whiskey this summer.

Though Pabst Blue Ribbon is yet to make an official statement, a new label was recently approved by the Alcohol and Tobacco Tax and Trade Bureau, for the new spirit. According to its new label, PBR whiskey will be 52 percent corn, 27 percent malted barley, 17 percent wheat and four percent rye. It will be an 80-proof whiskey in a 750-milliliter bottle.

An absolute yes to this...https://t.co/sULf1puYjK

I always preferred a shot of whiskey followed by a slug of pbr.

Apparently Pabst Blue Ribbon’s new whisky will be “aged for five seconds” which could make it classified as a “white dog” whiskey. While some fans of the beer were excited to try PBR’s new alcohol venture, others on social media were quick to judge the spirit based on PBR’s reputation.

PBR is making whiskey... no thank you

Pabst Blue Ribbon’s new whiskey is being distilled and bottled in Michigan in partnership with New Holland Brewing. While there is still no official word on PBR’s whiskey, it is expected to be ready and available by this summer. Dive bars everywhere should get ready for the PBR beer and shot combo, coming soon.