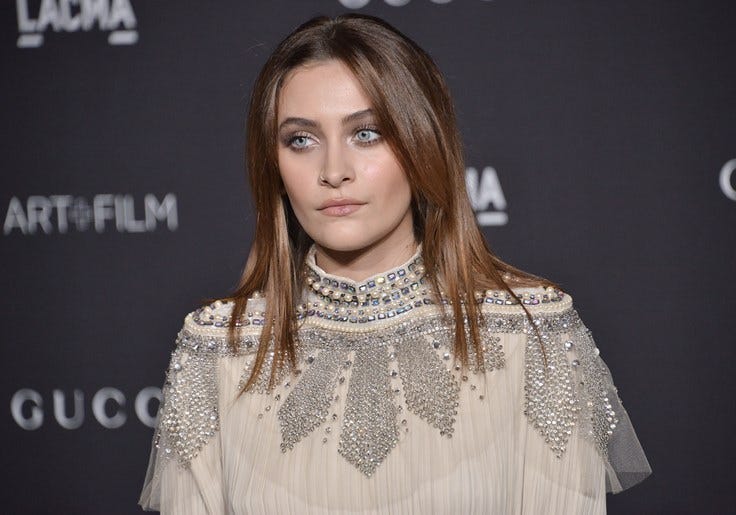 Paris Jackson's life has not been as perfect as one might expect.

From losing her father Michael Jackson, attempting suicide at age 13, attending a therapuetic school (versus High School), dealing with depression and anxiety, relying on her godfather Macaulay Culkin for emotional support, plus a busy past year with photo shoots, public appearances, beginning a music career, losing her grandfather Joe Jackson, and dealing with overzealous paparazzi.

Fans of Paris grew concerned over the Holiday Season when she suddenly stopped sharing pictures, mid December. Plus, it seemed she opted out of vacationing with her family in Tokyo, Japan.

Now, E! News reports Paris has checked herself into a mental health facility. An E! News source says, "After a busy year of work engagements that took her all over the globe, Paris decided that she needed to take some time off to reboot, realign and prioritize her physical and emotional health." The source also notes Paris is, "looking forward to coming out of this revitalized and ready to tackle the exciting new projects that await her."

Best wishes to Paris towards healing and a wonderful future.