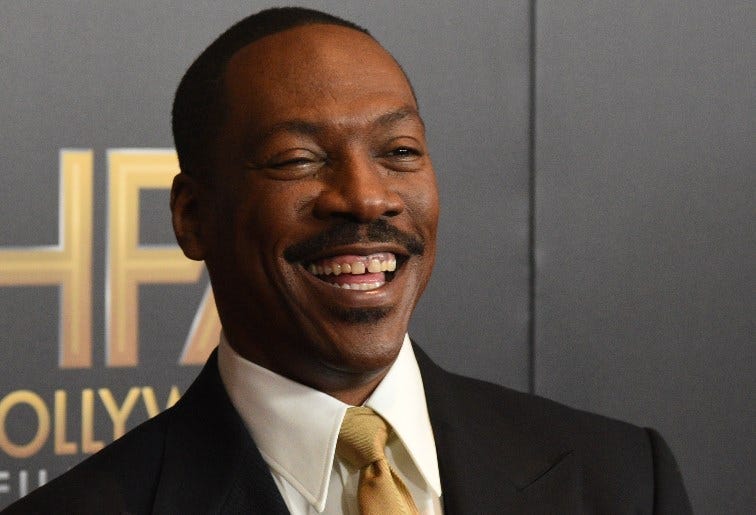 In 1988, Eddie Murphy and Arsenio Hall starred in the Paramount Pictures drama/romance, "Coming To America", and now they are set to reprise their roles as "Prince Akeem Joffer" and "Semmi".

At the end of the movie, Prince Akeem marries, Semmi has his eyes on a woman, and no one knows what happened after that... because a sequel was never done.

Now, PEOPLE reports Eddie Murphy and Arsenio Hall are reuniting and will reprise the above mentioned roles for a sequel titled, Coming 2 America.
Eddie and Arsenio were recently together with costume designer Ruth E. Carter, who earned an Oscar for her work with Black Panther, and she shared the following pic.
add Invalid Instagram url

FOX35 reports the script will be written by Black-ish creator Kenya Barris, and the movie will be directed by Craig Brewer, who's credits include Hustle & Flow, Black Snake Moan, Katy Perry: Part of Me, and the Netflix movie Dolemite Is My Name, which stars Eddie Murphy and will be released this year.
Coming 2 America, in theaters, Friday Aug. 7, 2020.