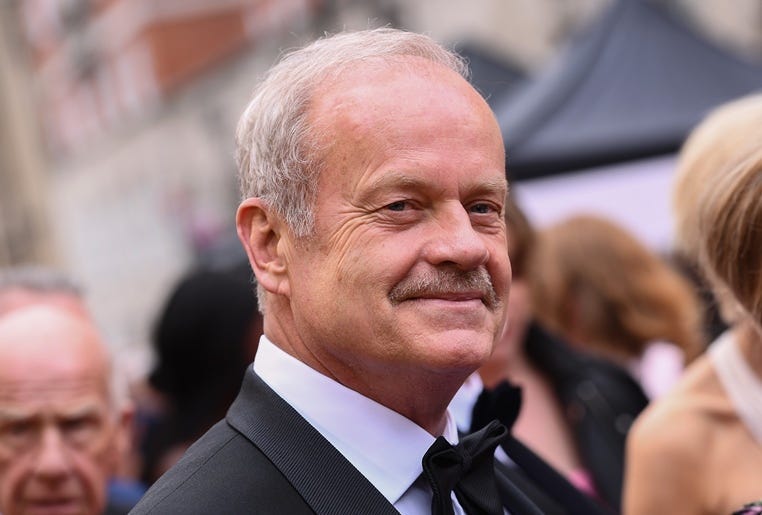 A look at the final scene, from the final episode.

Since last summer, Kelsey has been teasing about the possibility of reprising his role as Dr. Frasier Crane for a reboot of the series. Grammer has even mentioned wanting the original cast to return, plus to make some major changes to his character.

Now, TMZ reports Grammer was recently seen in London, carrying a binder with what appeared to be a Frasier script!

More on this, plus the photo of Kelsey carrying the alleged script, HERE.