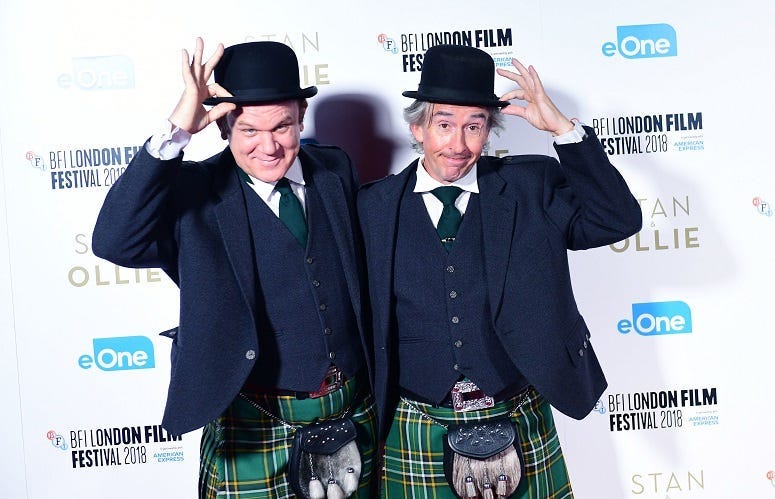 From the creative mind of Oscar nominee Steven Knight comes a daringly original, sexy, stylized thriller. Baker Dill (Academy Award winner Matthew McConaughey) is a fishing boat captain leading tours off a tranquil, tropical enclave called Plymouth Island. His quiet life is shattered, however, when his ex-wife Karen (Academy Award winner Anne Hathaway) tracks him down with a desperate plea for help. She begs Dill to save her - and their young son - from her new, violent husband (Jason Clarke) by taking him out to sea on a fishing excursion, only to throw him to the sharks and leave him for dead. Karen's appearance thrusts Dill back into a life he'd tried to forget, and as he struggles between right and wrong, his world is plunged into a new reality that may not be all that it seems.

Critics: A high-concept mystery with a twist, Serenity isn't what it appears to be at first -- unfortunately, it's also not anywhere near as clever or entertaining as it thinks. 24% Like", per Rottentomatoes.com.

Blake: those in-the-know tell me there's a strong reason this movie was released in January... because there isn't a better time. Matthew McConaughey and Anne Hathaway can't save this mess-of-a-movie with too many facets that simply don't fasten well together.1.5 of 5 stars.

"The Kid Who Would Be King" - Rated PG

Old school magic meets the modern world in the epic adventure, The Kid Who Would Be King. Alex (Ashbourne Serkis) thinks he's just another nobody, until he stumbles upon the mythical Sword in the Stone, Excalibur. Now, he must unite his friends and enemies into a band of knights and, together with the legendary wizard Merlin (Patrick Stewart), take on the wicked enchantress Morgana (Rebecca Ferguson). With the future at stake, Alex must become the great leader he never dreamed he could be.

Critics: According to a general consensus from Rottentomatoes.com, "The Kid Who Would Be King recalls classic all-ages adventures -- and repurposes a timeless legend -- for a thoroughly enjoyable new addition to the family movie canon - 85% LIKE."
Blake: my trusted sources say this return to the story of King Arthur does so in a refreshed manner aimed at a younger audience and with truths that will resonate with most. Patrick Stewart manages Merlin more than well in this clearly '80s styled storyline. The Kid Who Would Be King will likely be king of the box-office this weekend. 4 of 5 stars
"Stan & Ollie" - Rated PG

Laurel & Hardy, one of the world's great comedy teams, set out on a variety hall tour of Britain in 1953. Diminished by age and with their golden era as the kings of Hollywood comedy now behind them, they face an uncertain future. As the charm and beauty of their performances shines through, they re-connect with their adoring fans. The tour becomes a hit, but Stan & Ollie can't quite shake the specter of Laurel and Hardy's past; the long-buried ghosts, coupled with Oliver's failing health, start to threaten their precious partnership. A portrait of the most tender and poignant of creative marriages, they are aware that they may be approaching their swan song, trying to rediscover just how much they mean to each other.

Critics: "Stan & Ollie pays tribute to a pair of beloved entertainers with an affectionate look behind the scenes -- and a moving look at the burdens and blessings of a creative bond. 92% LIKE", per Rottentomatoes.com.
Blake: in order to understand where today's comedy comes from, you have to look back at Cheech & Chong, Lewis & Martin, Abbott & Costello, Burns & Allen, and the comedy team of Laurel & Hardy, who were active from 1927 - 1955. During their years together, the appeared in 107 films, starred in 32 short silent films, 40 short sound films, and 23 full-length films. My most trusted sources say Steve Coogan and John C. Reilly bring meticulous brilliance to their portrayals of the comedy icons in their latter years, including some of the pain and sacrifices entertainers must live through in order to "keep them coming back for more." I wonder why this movie wasn't released later in the year to be more top-of-mind with the Motion Picture Academy? Stan & Ollie deserves to be seen, and those who appreciate comedy, will. 5 stars!

Keeping listening to 98.7K-LUV - 'Nobody Plays More 80s' and enjoy a new movie this weekend!