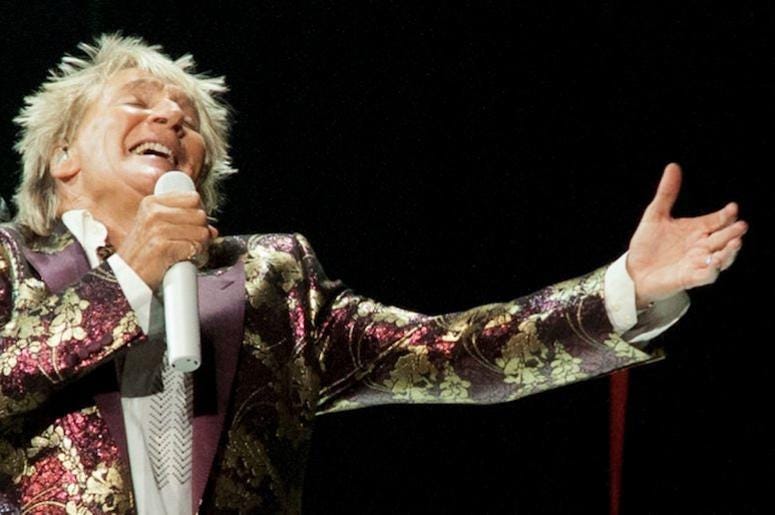 While fans love the song, and it's a staple on Rod Stewart's set list every concert, he doesn't feel exactly the same way.

Though he'll continue to play it, the 74-year-old says he has "fallen in and out of love with it on several occasions," and he has a pretty unique way to describe his true feelings on the song.  He told The Irish Examiner, "We all knew it was going to be big.  That's as opposed to "Maggie May"– we didn't even want that on the album.  With "Da Ya Think I’m Sexy?" we had the feeling.  But sometimes it's a bit of a pink toilet seat around my neck.  It's a song I don't always enjoy singing.  But the audience wants to hear it."

Have you ever heard something described as being "a pink toilet seat around your neck?!"

Well let's just hope he doesn't get tired of playing to for good anytime soon!

Via The Irish Examiner