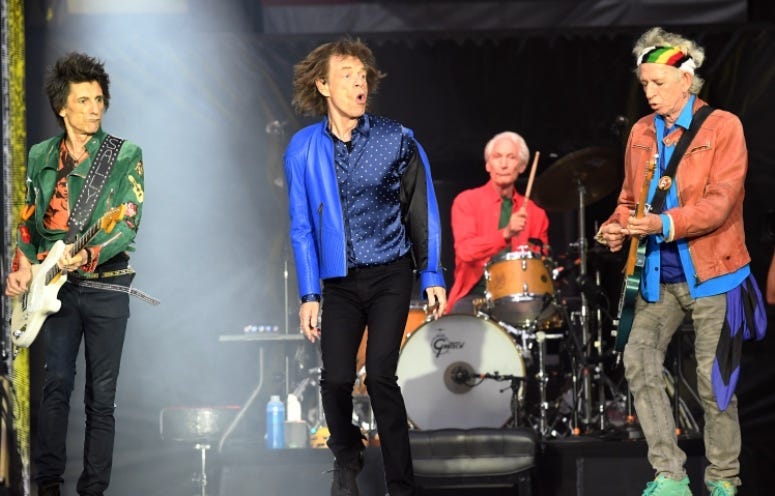 January 30, 2019 01/30/2019 2:22 pm
Rolling Stone recently spoke with Keith Richards of The Rolling Stones who confirmed the band will be going into a recording studio soon, for about a week, to continue working on their first album of new material since 2005, which they have been working on since last year.

"I'm preparing more than anything else, putting material together", according to Keith.

Richards spent much of the holiday season going over what they'd done so far and said, "Sometimes it’s not as much writing as listening to what’s been written and figuring it out, and honing and all kinds of stuff.” He continued, “It’s very boring. It’s like a carpentry shop”, and laughed.

The Rolling Stones begin their first U.S. stadium tour in four years, this April in Miami. Other stops include the New Orleans' Jazz Fest, plus Chicago and New Jersey stadium dates.

Keith is genuinely excited to return to America.

"To play back in the States again, it’s fantastic. It’s been a while. I always think of it as our really early hunting grounds. Although we had already done it in England, to work over a whole continent was pretty astounding. So I’ve always had a soft spot for working in America.”

So far, the closest The Rolling Stones No Filter Tour will be to DFW this year is Houston, April 28 at NRG Stadium.