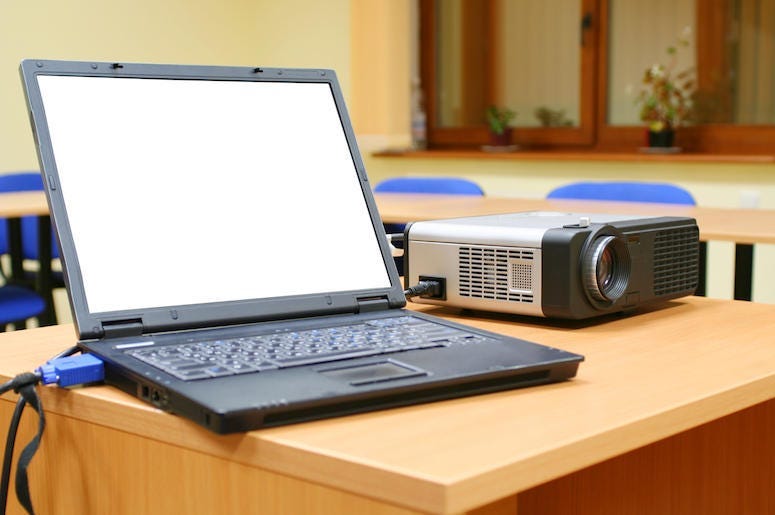 A substitute teacher in Dearborn, Michigan was just trying to show his seventh grade history class a video about Lewis and Clark.

Unfortunately, that is not what played.

For 30 seconds, the class at O.L. Smith Middle School watched footage from a pornographic film until the teacher was able to turn off the computer.  The school’s principal, Zeina Jebril, wrote in a letter to the parents of the 29 students, "This event was a very unfortunate and rare occurrence.  Our district has very powerful and proven filtering software to prevent this type of event from happening.  Each day thousands of students log on to the internet throughout the district without incident."

The district is currently investigating the matter, though at this time, they are blaming the incident on a "technical glitch."  David Mustonen, a spokesman for Dearborn Public Schools, said the teacher was "unaware that the video was there."  Mustonen said, "In this particular instance, it appears that there was some type of loophole.  One time too many, but very isolated."

The district and Dearborn police believe the video was not the act of a student prank.  No criminal intent was found on behalf of the substitute, though he won't be invited back to teach in Dearborn as officials can’t confirm where the video originated.