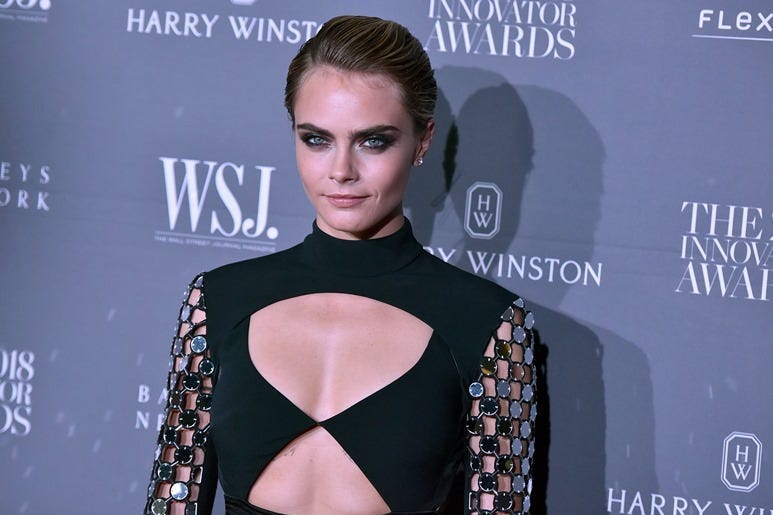 Think you or someone you know orders a lot of stuff?

TMZ reports Cara Delevingne, co-star of Suicide Squad l-o-v-e-s Postmates' and is being featured on the service's series The Receipt, which highlights celebs who spend a lot on orders, their strangest requests, plus preferred orders.

Cara's top spots to order from include Taco Bell, Domino's, and Shake Shack, just to name a few.

The stuff she's bought includes a hammer and nails plus a $300+ dollar vacuum.

Cara still has a long way to go to catch up to Postmates fan rapper/singer/songwriter/producer and former Grapevine resident Post Malone, who's (6) Top 10 hits including "Congratulations", "Better Now", "Wow", "Rockstar", " Psycho", and 'Sunflower" with Swae Lee, has allowed him the luxury of spending around $40k on orders with Postmates, so far.