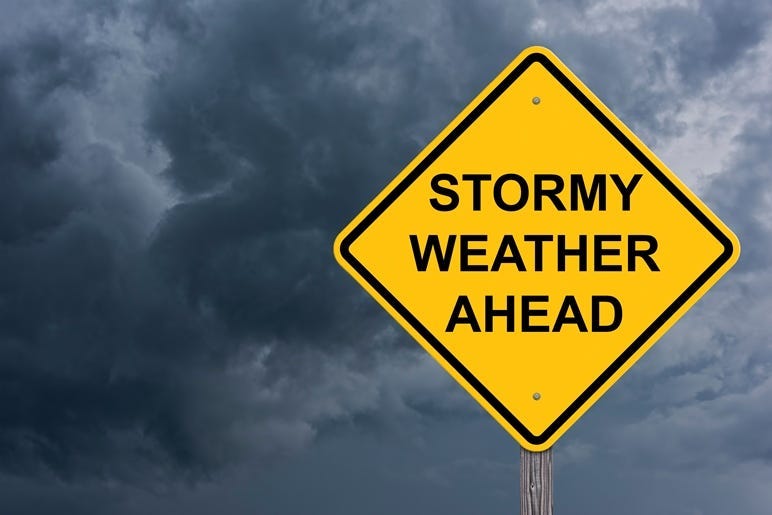 According to Dan, "All eyes shift west towards the I-35 corridor just after 5pm. A few supercells (60% chance) producing hail bigger than golf balls may form. Movement will be NE. These should weaken as they approach Central Expwy and I-45 around sunset."
Simultaneously, Brounoff notes, "There may be a bit of sinking air in the wake of the first disturbance that produces the isolated storms in east Texas. If this happens, then NO supercells will form between 5pm and 8pm along I-35W."
In addition, Dan says, "A second wave of strong to severe storms will form a little west of I-35W after 8pm along the surging dryline and pacific cool front. Large hail and wind will be the threats the first hour or so after initiation. These cells will then merge into a line of strong to severe storms after 9pm and press east through 2am. Small, hail, wind and a weak tornado are the threats."
Brounoff concludes, "Areas that see early rain may not see much rain (north of I-30). after 9pm. Improving weather Thursday and Friday."

if possible, have your vehicle under a roof by 5pm, plus pets, plants and anything else winds and large hail could damage, inside.

Prior Planning Prepares Positive Performance, according to that guy who does the 2-7pm show on 98.7K-LUV, Blake Powers... :).