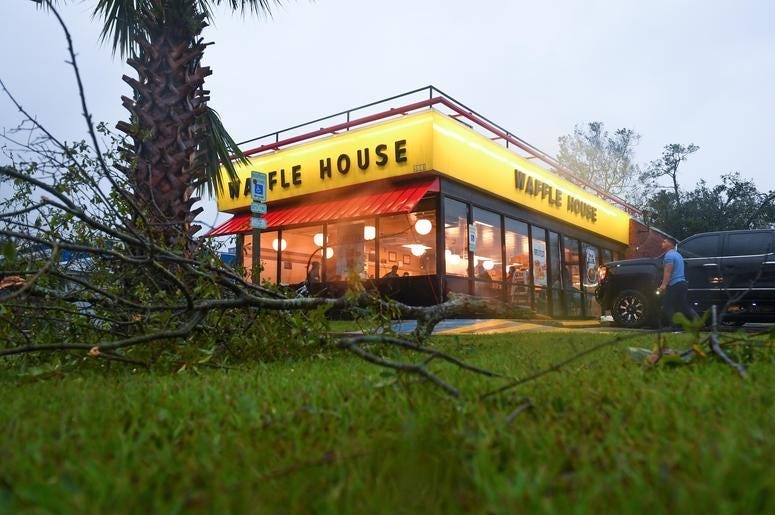 Ft. Worth and Grand Prairie Police are shaking their heads today, after arresting 18-year-olds Justanity Johnson and Xavier Parham in connection with aggravated robberies at (4) North Texas Waffle House locations, including one in Roanoke and one in Saginaw, while driving a stolen vehicle!

NBC 5 reports the robberies began Monday around 12:30 a.m. at Waffle House on Oakland Blvd. in Ft. Worth, the next 30 mins later at another along Alta Mere Dr., and a total of (4) within 80 mins.

Ft. Worth and Grand Prairie police found Johnson and Parham at around 2 a.m., driving a black Ford Mustang that matched a description of the vehicle at the place of the robberies. Both were arrested.

Aggravated robbery can land a person significant prison time. Imagine how much prison time one could receive if found guilty of (4) counts?

A job of any kind, Waffle House included, is far better than prison.