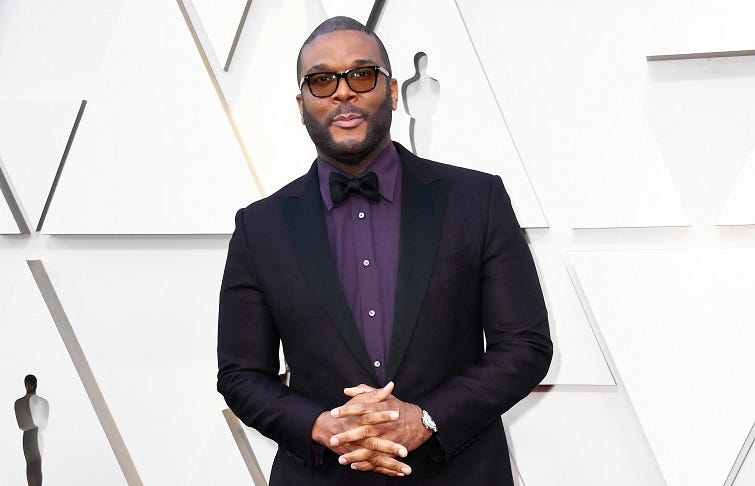 The challenges Tyler Perry went through to achieve success are well documented, including having lived in his vehicle. He knows first-hand the sacrfices necessary to succeed in the the acting world.

Recently Tyler posted this concerning an acctress's attempts to gain his attention.

Auhhh.... soooooo...... here’s the deal. This is not the way to get my attention if you’re looking for a role in one of my shows. Please DON’T DO THIS, SAVE YOUR MONEY!! This is the third time that someone has done this.. continued: https://t.co/GC22lmohif pic.twitter.com/9lYYdQXNl5

Thirty-two year old actress Racquel Bailey spent $2,100 for (2) billboards in Atlanta and told CNN, "I wanted my children to see me go after my dreams at any cost." Bailey added, "Because one day they'll have to chase a dream, and I'll be able to say, 'You can do it because Mommy did.'"

Bailey also said, "Sometimes in life, you just have to take a leap of faith, believe in yourself so much that others will think what you're doing is crazy"..."To me, Tyler Perry understood that. His story is one of those who came from nothing, who he believed in himself when (no one) else did. He did something that most would have called crazy, but he dared to be different."

Interestingly enough, 7 years ago, Bailey tried the same with zero results. Since then, she has continued studying acting, landed a role on an HBO miniseries, and had already caught Tyler's attention.  A few days after Bailey's latest billboards were posted, Tyler's team contacted her and she flew from New Jersey to Atlanta to audition.

Hmm? Well Tyler, you may prefer a different protocol of pursuit, however Racquel Bailey's persistance seems to have somewhat paid off. Best wishes to her!