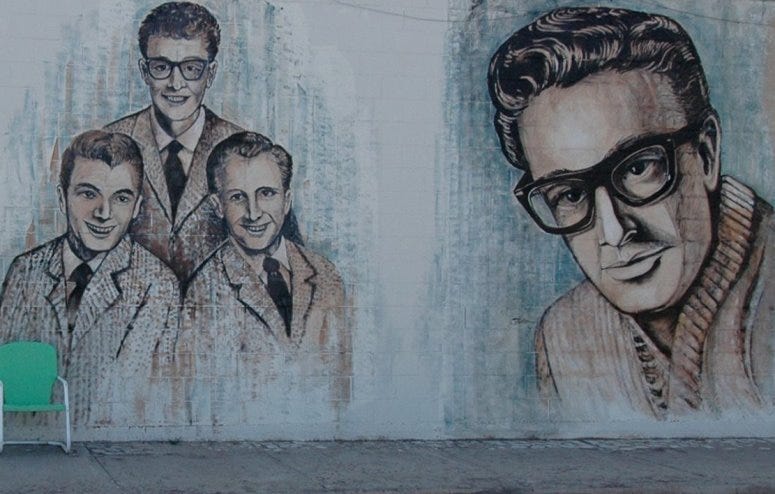 The movie briefly touched base on Buddy's musical passion to learn, expand, and do more than a traditional 3-4 piece Rock & Roll band could on their own.

On October 21, 1958, Buddy took a leap of faith with his musical aspirations, doing a 3.5 hour recording session with Decca Studios in New York, with an 18-piece orchestra. Unheard of at the time for Rock & Rollers, such as himself.

During the aforementioned session, Buddy recorded (4) songs: "True Love Ways", "Raining In My Heart", "Moondreams" and "It Doesn't Matter Anymore". Twenty years later in the 1978 movie The Buddy Holly Story, Gary Busey performed "True Love Ways", which has a never-ending beauty of it's own.
Now, some of Buddy Holly's music has been re-imagined in, Buddy Holly With The Royal Philharmonic Orchestra: True Love Ways.

Watch the promotional video, which includes special appearances by Buddy's wife, his brother, and others connected to Buddy and the project.

"Recorded in London’s Angel Studios, and produced by Nick Patrick, the man behind the hugely successful Elvis Presley and Roy Orbison orchestral albums, ‘True Love Ways’ truly reflects Buddy Holly’s love for strings, having learnt to play the violin as a child and continued all his life. Beloved tracks the singer recorded with The Crickets such as ‘Everyday’, ‘Peggy Sue’ (whose namesake passed away early Oct. 2018) and ‘That’ll Be The Day’ are all included, with orchestrations that invigorate, rather than overwhelm, the rock and roll of which Holly was king. " 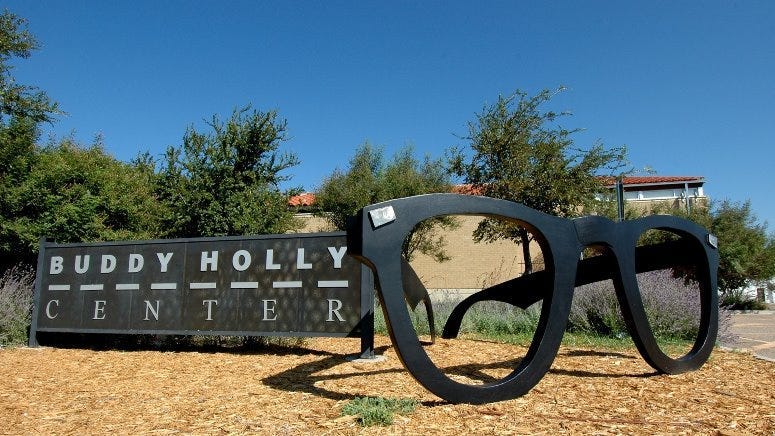 Being a long-time Buddy Holly fan, having visited the Buddy Holly Center in Lubbock 3 times, his grave site, and Nor-Va-Jak Studios in Clovis NM twice (1.5 hours away, where he recorded his earliest hits under the direction of Producer Norman Petty), I am truly a Buddy Holly fan. Personally, I miss some of the instrumentation from the original versions. However, if this helps introduce Buddy Holly & The Crickets to a new generation, excellent. Those new listeners will seek out the original recordings to hear the difference.