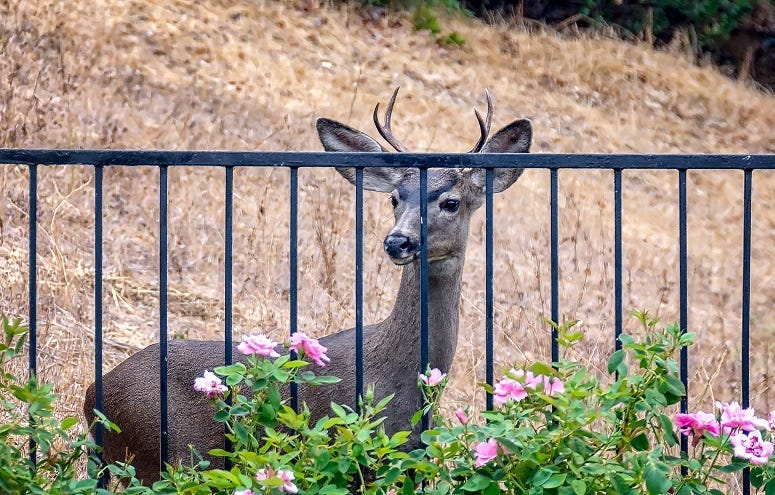 Upon arrival at 6:18 a.m., officers quickly confirmed a break-in, heard noises coming from inside the house, and had it surrounded within 10 mins. Officers then ordered whoever was inside to surrender. The occupant didn't answer, and didn't comply.

When the officers entered the house, with guns drawn, they soon realized... the intruder had ZERO intentions of being taken in.

Fortunately, the intruder, did not have any weapons, other than what mother nature had given it. Those particular weapons, were already reaking havoc in the house, due to confusion and fear... because the intruder... was a deer!

Those little hooves were scampering every direction possible away from the officers, trying to lead it's owner to the nearest exit.

Fortunately, the only injuries officers and the deer received were minor cuts from broken glass.