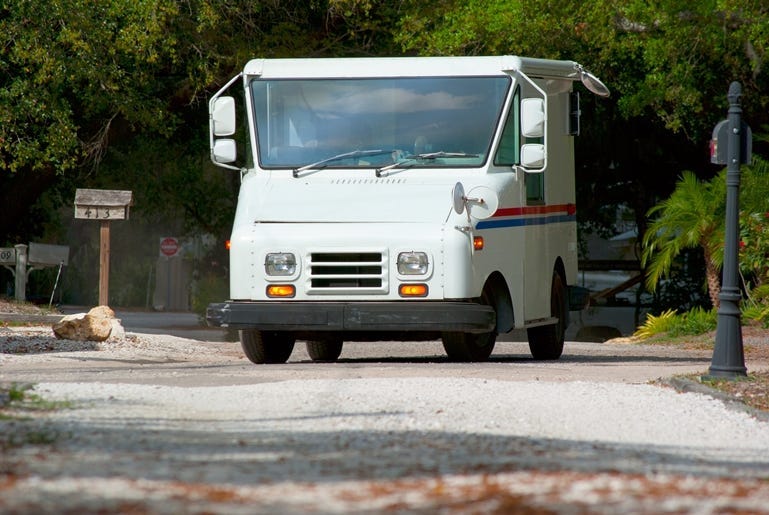 A little ice goes a l-o-n-g way towards shutting things down in DFW... not so much in Kansas City.

On Wednesday night, a U.S. Postal delivery driver was having difficulty driving up an incline and resident Brian Riley told FOX 4KC, "I could hear tires for like 10, 15 minutes, just tires squealing, like someone was stuck in the snow.”

Riley's dogs began barking loudly and that's when he checked his home security cameras, and couldn't believe what he was watching!

Riley said, “There was a point where, for almost 10 minutes straight, he did not let up on the gas"... “He was pushing it beyond insanity, and you could just tell the way he was going that he was getting more and more mad the whole time.”

Riley told FOX4 that neighborhood residents have filed complaints in the past concerning the mail carrier and said, “I don’t think this surprised any of us at all that this even happened” ... “That’s the one and only time I’ve ever actually seen our mailman get out of his vehicle.”

No one was injured and the incident is being investigated.