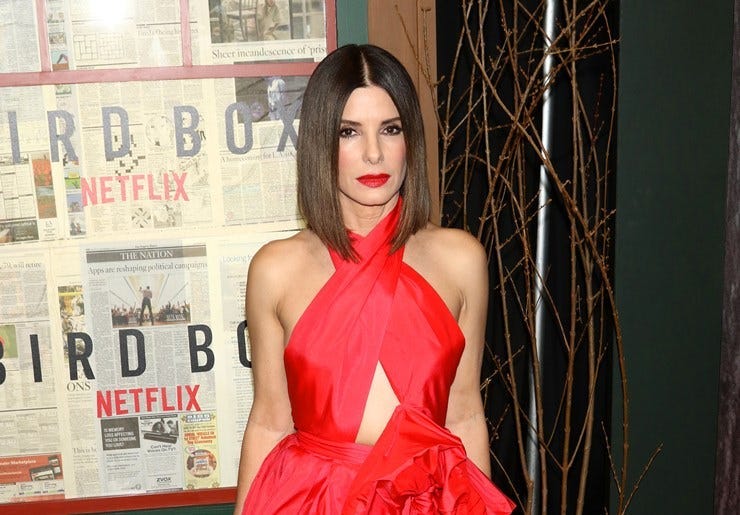 January 3, 2019 01/03/2019 3:06 pm
TMZ reports Sandra Bullock's record-setting latest movie Bird Box (on Netflix), which centers on an evil force that overtakes it's victims when simply seen, is a current meme favorite, and making the small California town of Monrovia (approx. 20 miles Northeast of L.A.) a tourist attraction.
The owner of the house predominately featured in the film was paid $12k for exterior film footage of her home and tells TMZ that people have been dropping by daily since the movie's Dec. 13th release, to take photos. So far, all have been polite, with some even knocking on her door, asking permission.
Interestingly enough, the owner says her home has already been featured in at least 3 other movies in the past 20 years, but she has little interest, and can't recall what they are. Plus, she won't see Bird Box, because she's not a Netflix subscriber.
If you haven't seen Bird Box, I watched it over the Holiday Season. Well done, Sandra!

Click HERE to see a photo of the home fans of the movie are coming to see and photograph.