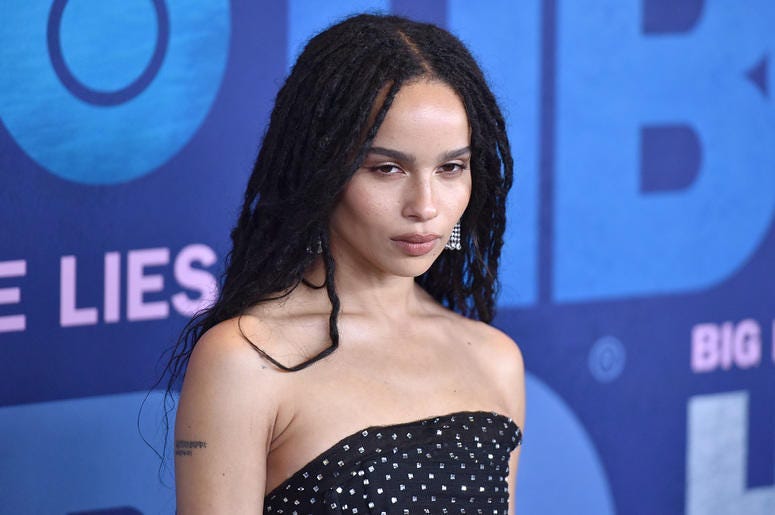 Last weekend was a big weekend in Paris for celebrity weddings. Not only did Sophie Turner and Joe Jonas officially tie the knot, for the second time, but Zoe Kravitz and Karl Glusman got married as well. The secretive couple had a small wedding in front of friends and family. Here are some of the details from Zoe Kravitz’s Paris wedding.

Other than getting the chance to see rock star father, Lenny Kravitz, get emotional during the wedding, guests also got to see Zoe Friday night in a custom pair of bike shorts, thanks to a Paris heat wave. The look was similar to what Zoe Kravitz wore at the Vanity Fair Oscars after party.

Of course celebrity weddings would be nothing without a famous guest list. Zoe Kravitz is no different, as even her family brought some star power. Father Lenny Kravitz, and mother Lisa Boney, along with her husband Jason Momoa were in attendance. As was Kravitz’s ‘Big Little Lies’ costars; Reese Witherspoon, Shailene Woodley and Laura Dern.

The epic weekend closed Saturday night with a ceremony at Lenny Kravitz’s home. In attendance was ‘Big Little Lies’ costar Nicole Kidman, along with husband Keith Urban. While the couple remains secretive, it seems the wedding was extravagant, and one anyone would wish for.