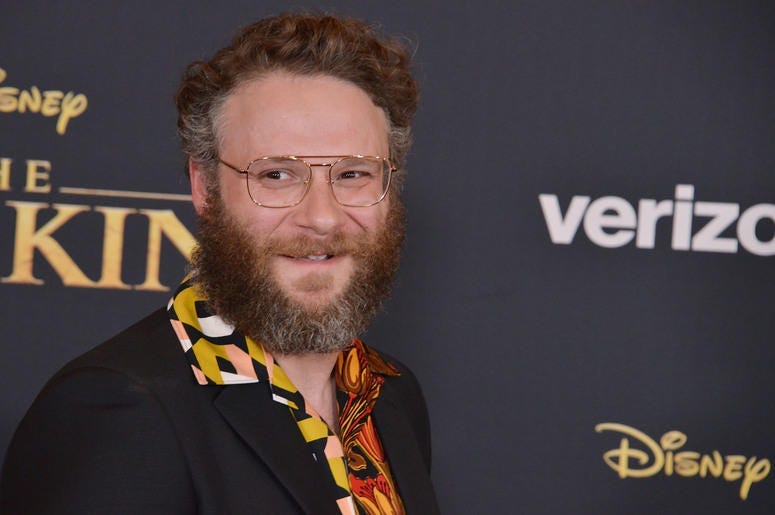 As if voicing an iconic character wasn’t enough pressure for Seth Rogen, thanks to ‘The Lion King’ the comedian also had to sing alongside Beyoncé. Rogen, who voices Pumbaa in the upcoming ‘Lion King’ remake, said he went up to Beyoncé at the film premiere to personally apologize for having to share credit on the song, ‘Can You Feel the Love Tonight.’

Seth Rogen recently sat down to talk all things ‘The Lion King’ and of course the pressure of being on a song with Beyoncé. According to Rogen, it was “not something I ever expected.” Jokingly, the comedian said he had to apologize to the singer for sharing credit with him on the song. “I currently have like the No. 5 song on iTunes, so that's thrilling," said Rogen.

Rogen was just happy to not ruin the song. Of course, Beyoncé wasn’t the only excitement from the film’s London premiere. Prince Harry and Princess Meghan were also in attendance. Of the royals, Rogen said, “It was weird watching a movie with so many royal themes with actual royalty." ‘The Lion King’ opens in theaters Friday, July 19th.