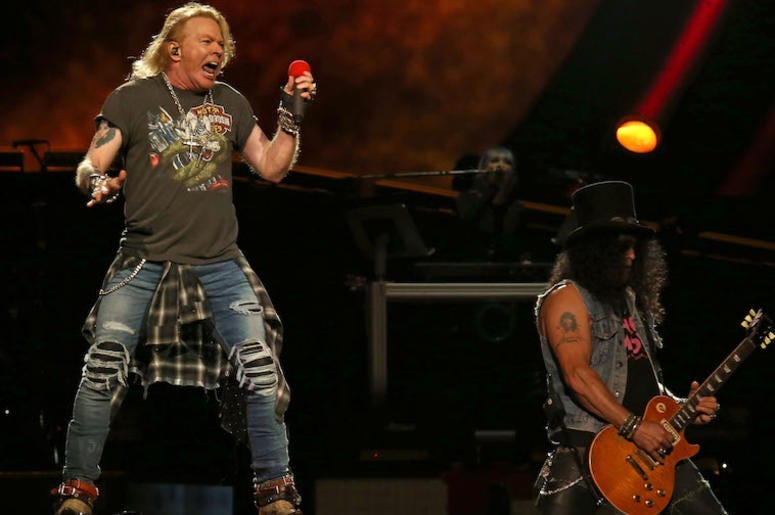 While it's no secret the members of Guns N Roses all have their problems with one another, we all came this close to more original members reuniting for the band's current run.

Last May, Stradlin told The Wall Street Journal his reasons for not reuniting with the rest of the band.  He said at the time, "My non-participation was simply not being able to reach a happy middle ground through the negotiation process.

Guns N Roses' reunion has everybody talking about a potential new album.  Regarding these rumors, McKagan said, "You never know with this band. That’s where I’ve landed on this thing. But the stuff’s cookin’. Everybody’s on top of their game at this point, musicianship-wise and songwriting-wise."