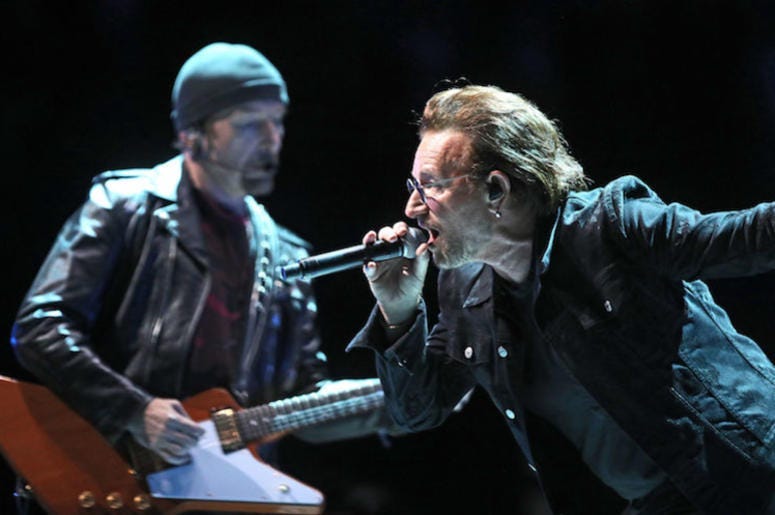 U2 was still about a year away from the release of their first album Boy when they played a show at the Dandelion Market in 1979.

While we know them as the megastars they are today, back then U2 was just another struggling band playing gig after gig looking to catch their break.  There isn't a ton of audio back before the release of Boy, but luckily for us, fansite ATU2 was able to dig this up.

Pete McCluskey was a member of the band called the Strougers, and they were opening for U2 at the Danelion Market, a venue which no longer exists, in 1979 in the band's hometown of Dublin.  For whatever reason, McCluskey decided to record U2's set, and those bootleg recordings were just recently uncovered.

From the setlist, you can see a few songs U2 would come to be known for, including "Out Of Control” and “Shadows And Tall Trees."  However, these recordings are of a couple of unfamiliar tracks, "In Your Hand," and "Concentration Camp."  These are thought to be the only live recordings of these songs to be in existence.

Hopefully one day, we'll be able to listen to the entire recording!