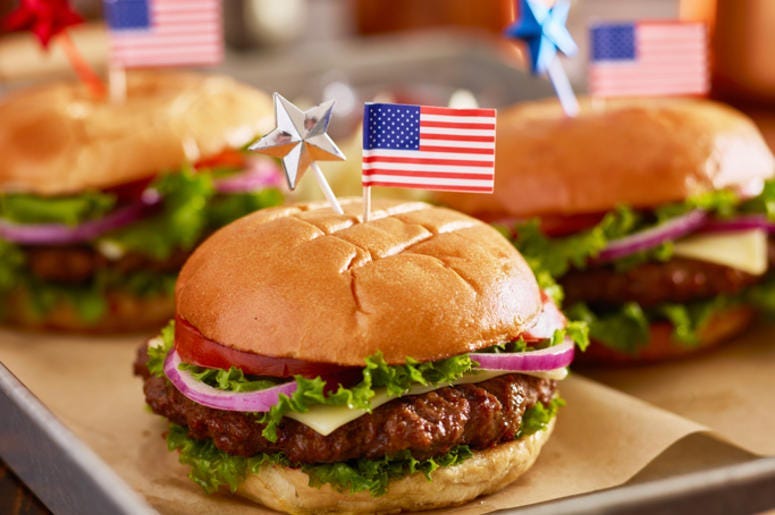 What are some of your favorite American foods to chow down on? A big juicy burger a giant T- bone steak or how about a deep-fried Twinkie for dessert?

One Reddit user asked people from around the world what American foods they found to be the most disgusting. Obviously, these people haven’t tried some of our food otherwise they’d be saying something else was gross.

Here are five American foods the rest of the world finds gross.

Hersey ChocolateAs soon as you get off a plane you’re sure to see a vendor selling Hersey’s Chocolate Bars. It makes sense if you’re from Europe, they have some of the best chocolate in the world over there; but don’t hate on our chocolate.

Canned CheeseIt's not like we eat canned cheese regularly here in America. The only time we really consume this gooey goodness is when we’re eating chili cheese nachos at a baseball game.

Too Much Ice Some of us here like ice. Sonic ice has the best around; they even sell bags of it. Every drink you order at a restaurant come with ice if you don’t want ice in your beverage just ask for no ice.

Fast Food It's undeniable that fast food is great when you’re in a rush to get somewhere or when you’re on a budget. According to everyone on Reddit, they find the food served at American fast food restaurants way too salty. Not all of it's good, but where else are you going to find a burger at 2 in the morning?

Overly Sweet Baked GoodsWe won’t deny it, we like sugar. It’s hard to turn down a nice apple pie that’s just sitting there at the bakery. Apparently, everyone else in the world can’t handle the amount of sugar we use in all of our baked goods.

Portion Sizes If you think the rest of America has huge portion sizes, then you’re going to hate Texas. If you have too much food on your plate, then you just save it for leftovers and eat it for lunch or dinner the next day.