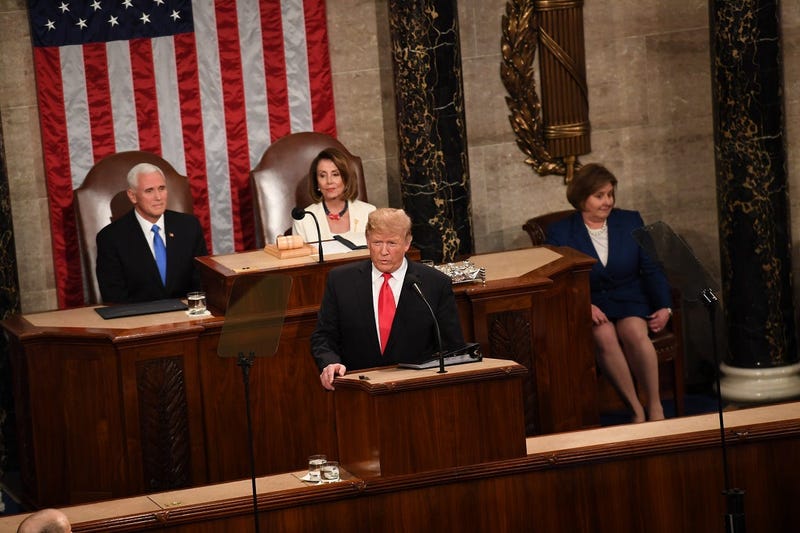 Last Tuesday marked President Donald Trump's second State of the Union address to the American people. Whether you loved or hated what he had to say, we can assure you that the fine folks at Bad Lip Reading have a much funnier version of the speech.

First of all, did you know Vin Diesel was there?!?!?! Apparently, Nancy Pelosi saw him before Trump entered the room to give out so really weird compliments. Who knew the president like fingers so much. Not to mention, Trump was extra gassy on his way down the aisle. There was a lot of burping.

We also learned that Mike Pence's nickname for Trump is "Sweet Prince". Bernie Sanders would like to roast all of Trump's fingers. And Melania had nothing to say but "milk".

Does this mean we're getting a pizza party?