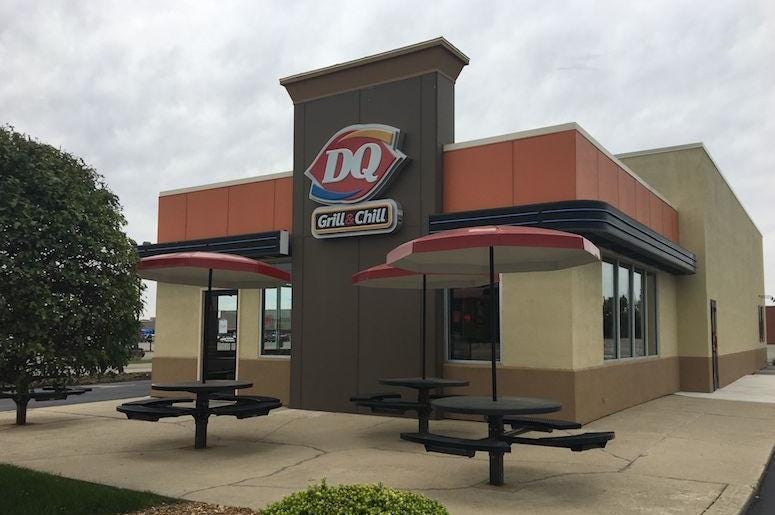 Police in Colorado have arrested a man they believed robbed a local Dairy Queen restaurant.

In fact, they believe he robbed the same restaurant twice.  In the same day.  Within two hours of each other.

Police were first called to the scene at around 9 p.m. last night for an armed robbery in progress. When they arrived at the Dairy Queen, they were told of a man armed with multiple guns who left the restaurant after stealing an undisclosed amount of cash.  He tried to carjack a woman in the drive-thru, but failed, and fled the scene on foot.  Police were not able to track him down.  The first time.

Two hours later, police received a call that the same man, later identified as 37-year-old Levi John Roberts, was back at the scene, trying to rob the Dairy Queen again. Once again, he failed to carjack a vehicle, and fled the scene.  This time, police set up a perimeter and used night vision equipment to track him down. They found him Roberts hiding in a field.