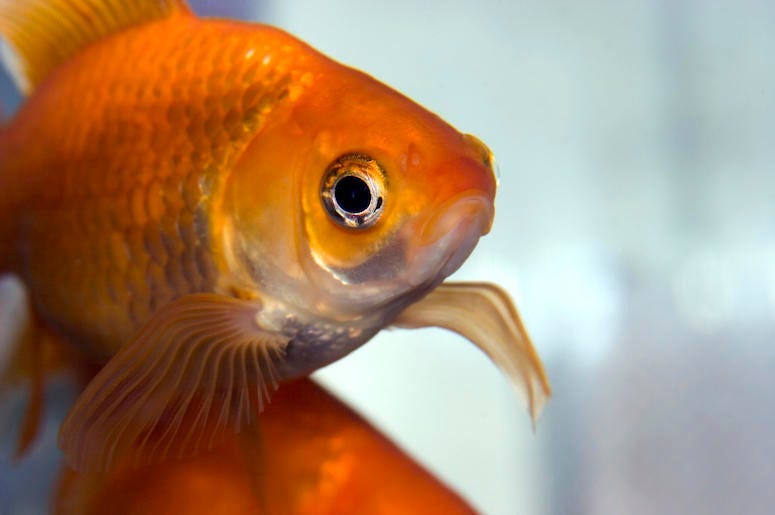 Hunter Anderson has heard his fair share of fishing stories, but he assures us that there is no “faking this kind of fish.”

He and his girlfriend were driving back home when they decided to stop at a private pond in Boyle County, Kentucky known for goldfish and koi fish.  They had a spare pole in their car, but the bait they used was most unusual.

They previously ate at Lee’s Famous Recipe Chicken, and had some spare biscuit left over from their meal, so that’s what they used!  Anderson told WKYT, “Believe it or not, we ate at Lee's earlier in the day, and I took a piece of a Lee's biscuit and put it on a hook, threw it out there and that fish ate it.”

And what a fish it was. After a bit of a struggle, Anderson was able to reel in a monstrous 20-pound goldfish, something of which he has never before seen in his life.

His sister joked in a Facebook post wondering if this was the same goldfish the siblings had to flush down the toilet when they were younger.

After posing for the photo, Anderson made sure to return the fish back to the pond.  He said, “What am I going to do with it, really?  I thought it deserved to swim another day.  Maybe somebody else will catch it.  Maybe a kid will catch it and be as happy as I was.  I was jumping for joy.”