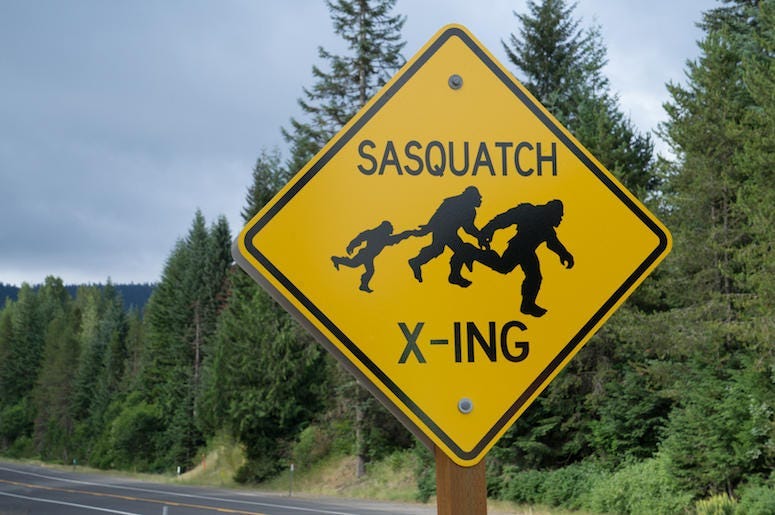 An Oregon man fought off death itself, after he was attacked by none other than Sasquatch in the middle of last week,

The Kamath County man called 911 last Wednesday, saying he was being assaulted by a man with an axe. Officers rushed out to the scene where the victim, Timothy Drennen, said it was not a man that attacked him, actually. He was really attacked by none other than Sasquatch.  The mythical creature still used the axe, though.

Klamath County Deputy District Attorney Cole Chase said he was unable to comment on any evidence that may be presented in court, but did explain that after a thorough investigation, “there were no signs that Sasquatch was present.”  He also added that this was not a case of mental illness, either.  In his own words, Chase said this was “strictly intoxication.”

Drennen was arrested and is being charged with with misuse of 911 and initiating a false report.