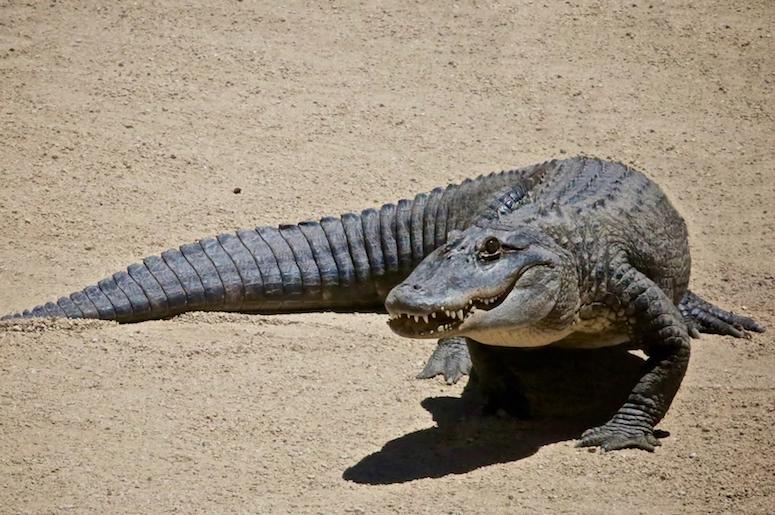 Joie Henney didn't want to go on medication for his depression.

Instead, he asked his doctor if he could have an emotional support animal instead.  Rather than a dog, or cat, Henney decided on Wally, a now 4 year old, 5-foot long alligator.

Gatoraide: Pennsylvania man says his emotional support alligator named Wally helps with his depression. "He's just like a dog. He wants to be loved and petted." https://t.co/QTr6OuC1Ay #odd

Wally was rescued outside of Orlando when he was just 14 months old, and is still growing.  Henney believes he could grow to be 16-feet long one day, and is nothing but a big teddy bear.  Wally likes to rest his snout on Henney, and "likes to give hugs."

And as far as safety goes, Wally has never bitten anyone, and is even scared of cats, though he still understands that ultimately, he is a wild animal.

For the time being however, Henney will continue to take Wally out, often to baseball games or meet-and-greets at senior centers.  He said, "He's just like a dog.  He wants to be loved and petted."