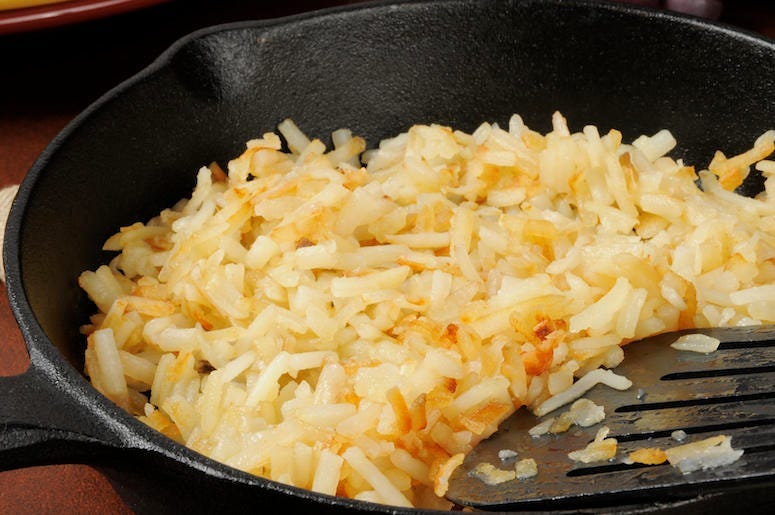 Tommy Martin did not receive a lot of hash browns with his meal, and he wants the whole world to know about it.

The North Carolina man has filed a lawsuit against the fast food chain Hardee's, claiming the restaurant's "refusal" to serve him more hash browns violated his civil rights.  Martin argues that other patrons received more hash browns with their meals, and the restaurant flat out refused to serve him as many.  His waitress, apparently, tried to correct the issue, but according to Martin, a manager intervened and told him "that what you get."

Martin was offered a refund for the meal, but he insists a jury hear his case.

On the Hardee’s website, the breakfast platter Martin ordered is pictured with about 12 "Hash Rounds" on the side.