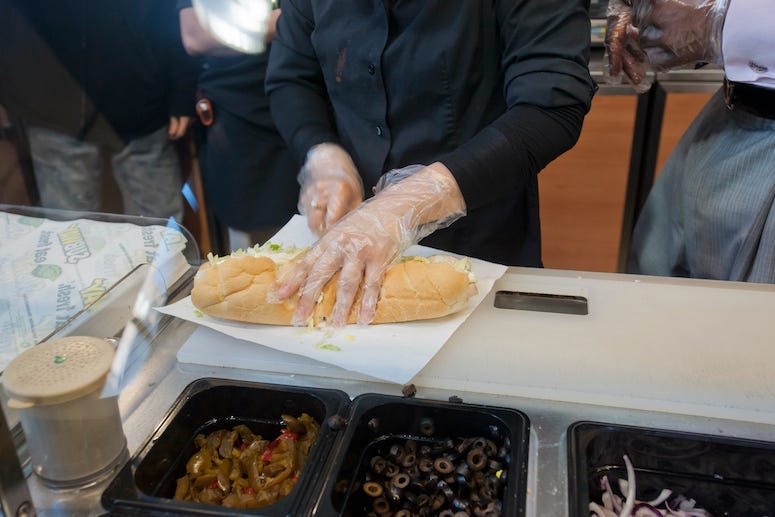 Photo credit (Photo by Richard B. Levine)
By Miles In The Morning 98.7 KLUV

Whatever your Subway sandwich is made of, apparently it is DEFINITELY not bread.

An Irish court recently ruled that the popular sandwich chain's bread is actually "too sugary" to meet the standard, legal definition of bread.

An Irish court ruled as such when trying to determine if Subway should receive a tax break for serving a “staple” food item.  In order to be taxed 0%, the weight of sugar and fat in a bread product must not be more than 2% of the total weight of flour in the dough.  The court found that Subway's dough was about 10% of its sugar content, meaning it was roughly five times to high to qualify!

Justice Donal O’Donnell said the definition of “bread” was established to distinguish it from other baked goods like cookies or brownies, that aren’t healthy enough to be considered essential.

The court determined that all six of Subway's bread options, including Italian white bread, Italian herbs and cheese, nine-grain wheat, hearty Italian, nine-grain multi-seed, and honey oat, were deemed too sugary to qualify as bread.