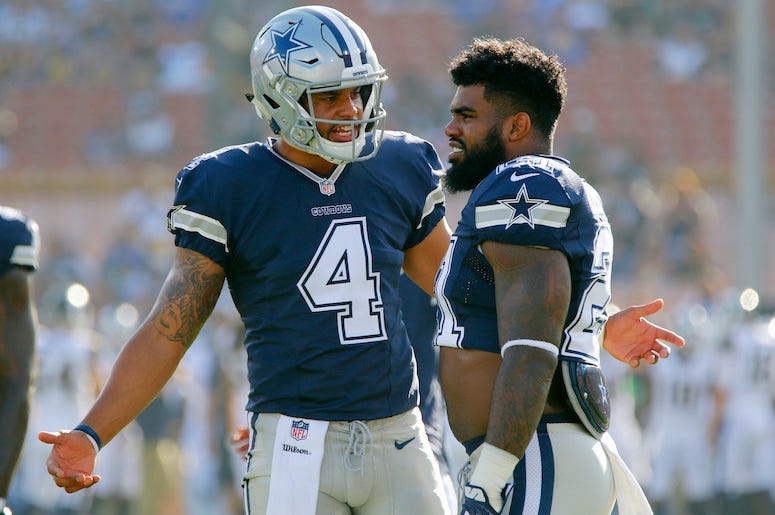 Photo credit (Photo by Rodger Mallison/Fort Worth Star-Telegram/TNS/Sipa USA)
By Miles In The Morning 98.7 KLUV

Prosper police responded over the weekend to a potential party at the residence of Cowboys quarterback Dak Prescott.

Prescott apparently hosted the party Friday night to celebrate a friend's birthday.  Cowboys running back Ezekiel Elliott was also in attendance.  This, of course, would be a complete violation of the Texas "safer-at-home" order.  TMZ reports that at the height of the party, at least 30 people were in attendance.

Ezekiel Elliott and Dak Prescott are partying like it's NOT 2020 in the middle of a pandemic -- hanging together for a celebration that appears to violate the Texas "safer-at-home" order. https://t.co/rzw1jiyvZm

Governor Greg Abbott called for no more than ten people attending a social gathering.  There was also a sit-down dinner later in the evening at Dak's house for just a select few.

Prescott has denied the claims, however, that he threw a party.  A source close to the quarterback told the Star-Telegram, "Dak did NOT have over 10 people and was not in violation of any social distancing.”