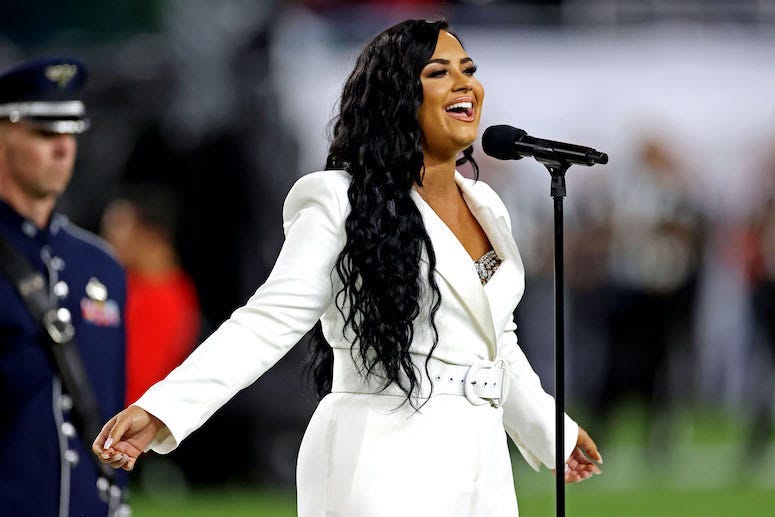 February 3, 2020 02/03/2020 12:33 pm
Dallas' own Demi Lovato absolutely tore the house down with her amazing rendition of the Star Spangled Banner before last night's Super Bowl matchup against the Chiefs and 49ers.

Almost ten years ago to the day, Lovato tweeted how one day, she would sing the National Anthem at the Super Bowl.

What an incredible moment!

Last week at the 62nd Grammy Awards, Lovato debuted her new song "Anyone," sparking an incredible start to 2020 for the 27-year-old.