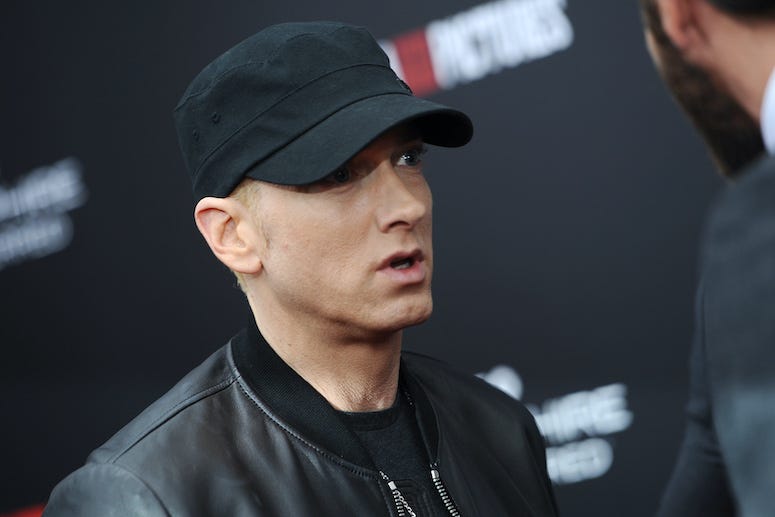 Photo credit (Photo by Anthony Behar)
By Miles In The Morning 98.7 KLUV

Nobody likes waking up at 4 in the morning, and MUCH less so when it's due to your home security system going off.

Well that's exactly what happened to Eminem, who woke up to his alarms blaring in the early morning hours of April 5.

Upon investigation, Eminem, real name Marshall Mathers, discovered 26-year-old Matthew David Hughes in his living room.  Though Eminem has armed security around his home, they didn't have anyone stationed in the back of the house, which is where Hughes used a paving stone to smash a window and climb into the kitchen.

Fortunately, Hughes didn't appear to want to steal anything, he just wanted to meet the hip hop legend.  Eminem personally detained him until security enterted the property and the authorities could be called.

Hughes was arrested, and is being charged with first-degree home invasion and malicious destruction of a building.