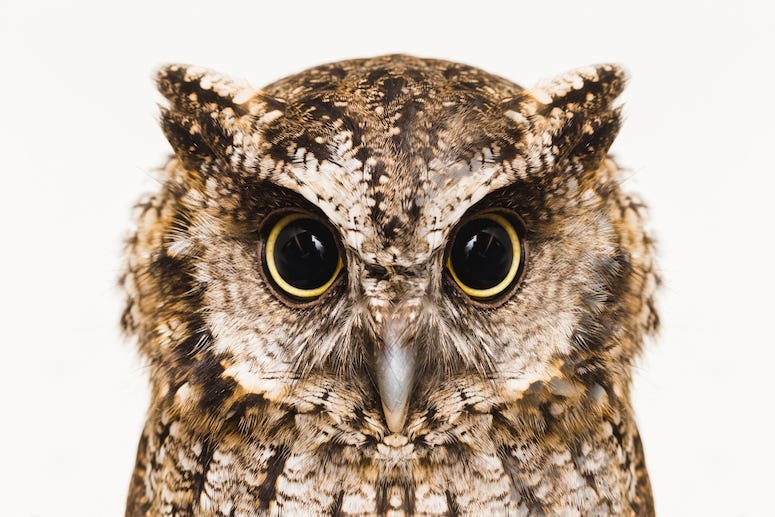 A Georgia family received an early Christmas surprise one night as they were finishing dinner.

Katie McBride Newman heard her daughter India exclaim “Oh my gosh!” from the living room, before bursting into tears.  As Newman is a big fan of owls, her tree is adorned with them.  India told her mother that one of the many owl ornaments on the tree scared her.

Newman went to check the ornament, and found that an actual owl had found its way into the middle of their tree.  The family had purchased the tree a couple of days prior, and figured the bird decided just to take refuge inside of it.

They left their doors and windows open hoping that the owl would just leave on it’s own, but it didn’t.

Eventually, an employee from the Chattahoochee Nature Centerwas able to wrangle the owl into a crate, and the Newmans were given strict instructions to leave the crate in a darkened room, and release it at nighttime.

The family did as instructed, and two days after initially finding the owl, it flew from the home.

The bird was identified as an Eastern screech owl, common in the Georgia area.